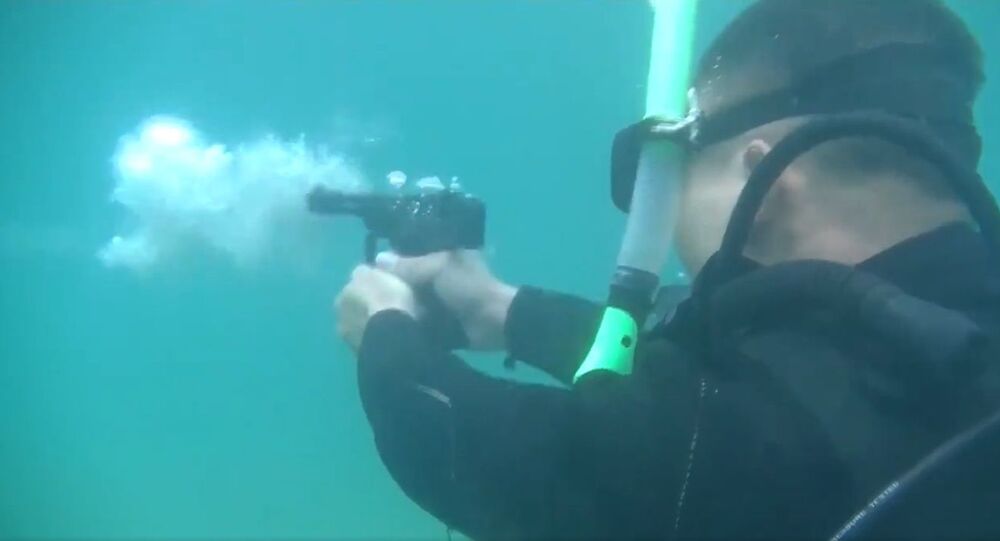 Despite several rounds of military, diplomatic, and high-level political talks, India and China have been reinforcing their military assets in the Ladakh region of India, where a violent face-off between soldiers from both sides occurred in June. After 20 Indian soldiers died there, the Indian public sentiment towards China has turned sour.

Amid the prevailing border tensions between India and China, social networking platforms have emerged as the podium used by citizens of both the nations to assert the dominance of their country over the other.

The latest video posted by Chinese daily Global Times has triggered a lot of reactions from Indian netizens as it tweeted a clip showing Chinese special forces shooting in water to enhance their underwater combat ability.

The video shows Chinese troops diving off of a raft on some body of water and then shooting inside the water with guns.

​Indian netizens who came across the video posed some questions for the Chinese troops, while pointing out how the snippet "conveniently" forgets to show whether or not the bullets ever hit the targets.

Shooting under water with the same weapon used on the land? Is it a joke? I would be very interested to know the bullet impact on the targets which they deliberately didn't show.

You do realize that bullets don't travel more than a few feet in water. They look like fools doing bad acting for your propaganda.

​Some netizens simply mocked the video calling it another one of China’s jokes, while suggesting that Global Times change its name to “Cartoon Times”.

China is really good at Drama, in actual life their soldiers start weeping while going on front.

Change ur name from global times to "Cartoon Times".. u r so much entertaining..keep it up👍

Change ur name from global times to "Cartoon Times".. u r so much entertaining..keep it up👍

This should be included in the next Olympic.

​In recent months, the Chinese media outlet, Global Times, has been actively boosting the morale of its military troops by posting several videos of Chinese soldiers indulged in the training and practice of warfare techniques. The comments section of these videos, however, often turn into heated argument spots for nationals of both India and China.

The online clashes come as India and China have been involved in a border stand-off since April, when troops of both nations accused the other of violating the Line of Actual Control (LAC) that passes through India’s Ladakh region. Since then, they have engaged in a deadly altercation, which resulted in the death of 20 Indian soldiers in mid-June.