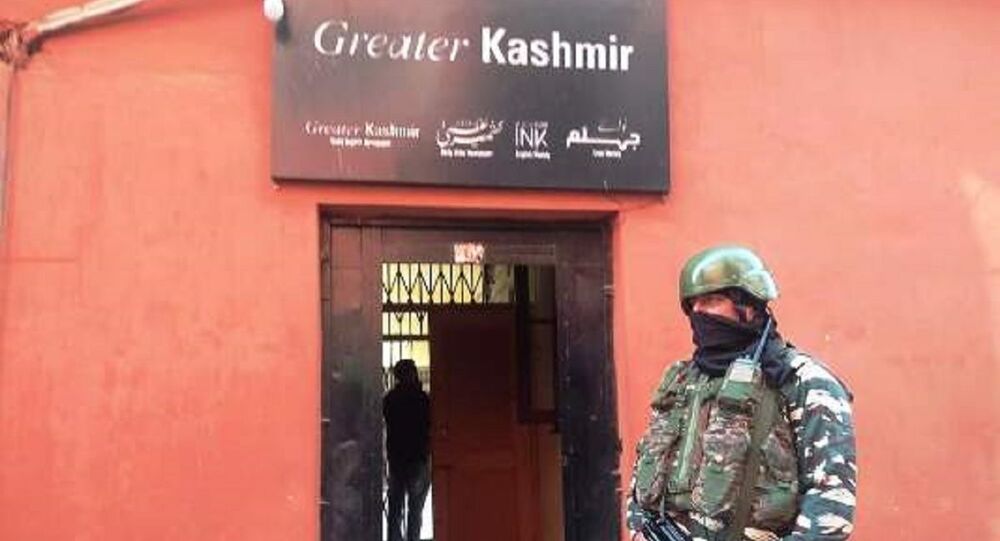 Suspecting the involvement of prominent Kashmiri entities in "anti-national" activities, India's counter-terrorist task forc the National Investigative Agency (NIA) has ramped up efforts to prevent them in Jammu and Kashmir's capital.

The National Investigative Agency (NIA) has raided around a dozen locations in Srinagar, including the office of the Greater Kashmir newspaper and the residence of Khurram Parvaiz -- a Kashmiri human rights activist – in connection with unaccounted-for transactions which are being investigated for the alleged funding of terrorists.

NIA officials also paid a surprise visit on Wednesday to the offices of the NGO Athrout – that works for the welfare of women, children and pthose seeking medical help.

Setting the premise of these raids, the NIA has registered a new case that needs probing into the fundraising activities of activist Parvaiz and other organisations. Details on how they move their funds and via what means will be probed by the officials, who as of now are doubtful that the money-moving could be for illegal or terror-supporting activities.

The news has created a major buzz on social media in India. While some people are applauding NIA’s move, Mehbooba Mufti, the former state chief of Jammu and Kashmir has called it a vicious strangling of the right to freedom of expression, as guaranteed by the Indian Constitution.

"Sadly, NIA has become BJPs pet agency to intimidate & browbeat those who refuse to fall in line," Mufti said.

Having followed NIA investigations, it hasn’t been an easy road. Kudos to the NIA officials both in New Delhi and J&K for not losing hope and following leads for years. This raid today proves that grassroots and ecosystem of terror won’t be tolerated anymore in Kashmir valley.

NIA raids on human rights activist Khurram Parvez & Greater Kashmir office in Srinagar is yet another example of GOIs vicious crackdown on freedom of expression & dissent. Sadly, NIA has become BJPs pet agency to intimidate & browbeat those who refuse to fall in line

More details from the NIA officials are expected to arrive.