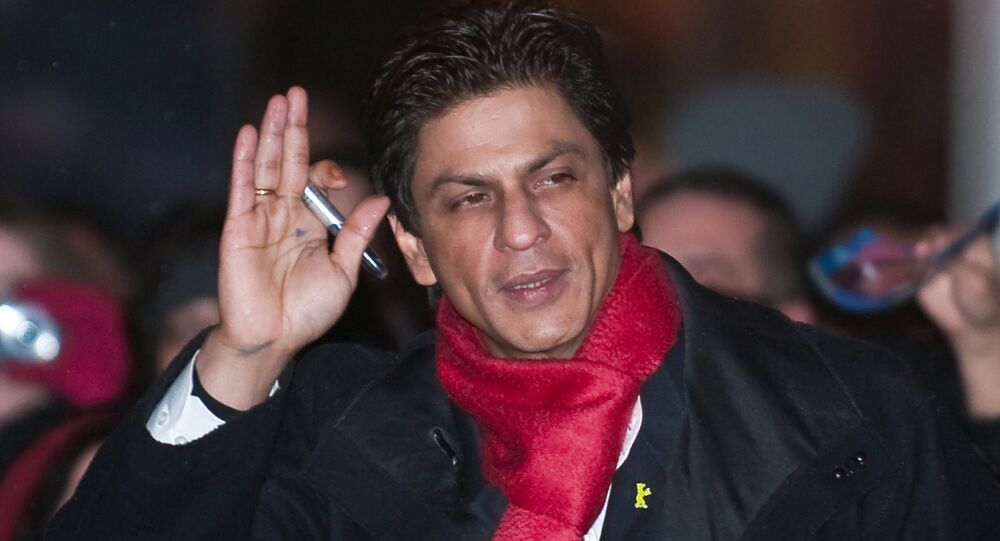 Bollywood’s king of romance Shah Rukh Khan is all set for his comeback in Pathan, also starring actress Deepika Padukone and actor John Abraham, after a gap of two years. Shooting will start in November and the actor at present is in the UAE supporting his cricket team, Kolkata Knight Riders in Indian Premier League.

Bollywood superstar Shah Rukh Khan (SRK) was at his wittiest on Tuesday as he candidly faced his fans on Twitter during an online Ask SRK session.

As soon as SRK started Ask SRK – a live online Q&A session - with his fans, netizens went into a frenzy and immediately bombarded him with questions.

Don’t know when my passion became my purpose and then turned into my profession. Thank u all for so many years of allowing me to entertain you. More than my professionalism I believe my passionalism will see me through many more years of service to all of you. 28 years and counting... and thank u @gaurikhan for capturing this moment.

On being asked, what should one eat to become Shah Rukh Khan in one’s area of work, he hilariously replied, “This is a joke.... I read sometime back. ‘People say you are what you eat’, but I don’t remember eating a legend ever.”

Another fan impressed him by sharing a video of an Indonesian YouTube content creator (Vina Fan) who re-enacted one of his most iconic songs "Zara Sa Jhoom Loon Main” from blockbuster movie Dilwale Dulhania Le Jayenge.

The movie recently celebrated its 25th anniversary and will be re-released in cinemas next month in 18 countries.

How sweet is this thank you https://t.co/TXgwElb8YE

As his fans celebrate 20 years of another of his hits, the Bollywood blockbuster Mohabbatein in which he starred with legendary actor Amitabh Bachchan and actress Aishwarya Rai Bachchan, one fan asked for some behind-the-scenes reminiscences.

He tweeted, “I remember doing the first scene with Amitabh Bachchan and realised how short and small I am!”

I remember doing the first scene with @SrBachchan and realised how short and small I am!!! https://t.co/mETxCdepLU

Replying to one of his fans who asked if Khan has finished learning how to cook, he said, “Namak kitna daalna hai’ [How much salt to put] is still a struggle honestly.”

The actor is going through a rough patch in his career because of a series of flops.

So, when one of his fans asked if he regrets choosing bad scripts in the past 10 years, SRK stoically answered: “One has to believe in what you do and stand by what you do...achievements and acceptance is in the hands of the viewer....your faith is in your heart.”

One has to believe in what you do and stand by what you do...achievements and acceptance is in the hands of the viewer....your faith is in your heart. https://t.co/4M2ftMxbOv

Here are some more interesting anecdotes from the Ask SRK session.

Not related to being famous or not but they pay....I don’t carry money https://t.co/UtJEUgcyes

Please I recommend nobody should collect in crowds. My birthday or wherever! Iss baar ka pyaar...thodha door se yaar. https://t.co/hANNv2VU0U

I believe the unconditional love parents have for their children is the most we all should cherish https://t.co/lkBxiLvpro

Don’t try to change the way people are....try and understand them https://t.co/cYIJm40pS9

Another Feather in Bollywood's Cap: Stars of DDLJ to Get Statue in London's Leicester Square