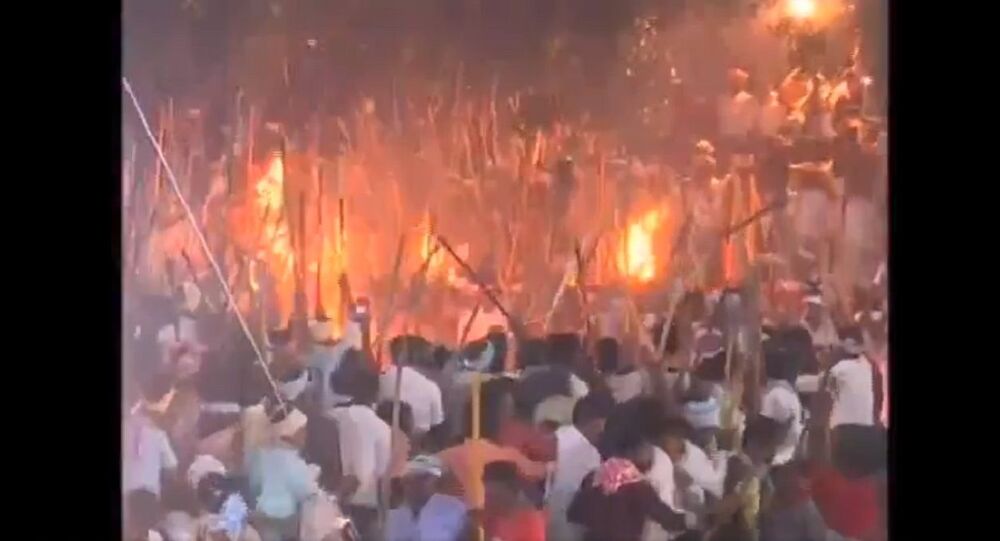 The state police had made elaborate provisions to keep people away from the ritual, which leaves dozens of people injured every year. Festival-goers have even died in the past because of excessive bleeding before they could be given medical assistance.

More than 50 people were injured in India's Andhra Pradesh state late on Monday night, as a big crowd enjoyed ritual stick fights which are part of an annual Banni festival.

The event is held in Devaragattu and surrounding villages in Kurnool district. During the festival, people gather in large numbers and take part in stick fights to win ceremonial idols of local deities.

In view of Covid-19 and the risk of infection, local authorities had banned the event this year. But people took part in the festivities, oblivious to the CCTV cameras and 15 check-points installed to keep people away from the festivities, located on the border with Karnataka state.

Speaking to Sputnik, a senior police officer revealed that devotees went beyond the control of the police and tried to get hold of the icons.

District officials from the Medical and Health Department, deployed in the villages, treated the injured immediately.

Meanwhile, police plan to take action against the accused and have started scanning CCTV footage of the area to identify them.