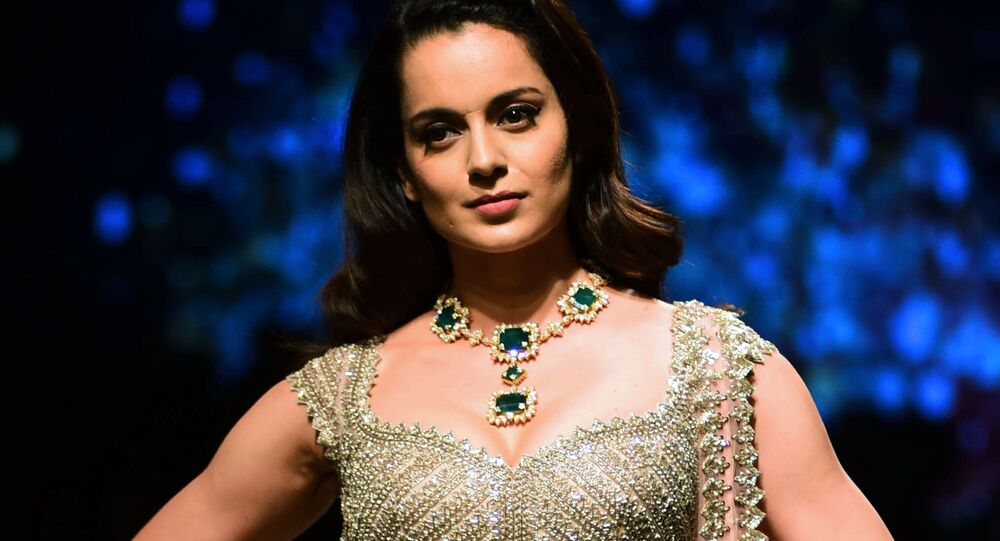 Bollywood actress Kangana Ranaut's tweets attacking the Maharashtra government for partially demolishing her office on 9 September and comparing Mumbai to "Pakistan-occupied Kashmir" have backfired as two legal cases have already been filed against her.

Actress Kangana Ranaut has taken to social media, saying the government is trying to put her in jail after a Mumbai-based attorney filed a police complaint against her on Thursday.

In the complaint, lawyer Ali Kaashif Khan Deshmukh accused Kangana of tweeting "malicious" posts against the government of Maharashtra, politicians, and the Mumbai police and for "creating an atmosphere of hatred in the country amongst different religious groups".

The actress reacted to the complaint by noting that just like her idols and freedom fighters Veer Savarkar, Subhas Chandra Bose, and Rani of Jhansi, she is ready to face the battle head on and is "waiting to be in jail soon".

She also took a dig at Bollywood celebs by calling them frauds and said, "There is a meaning to my life fighting real fascist government in Maharashtra not a fraud like you all".

I worship people like Savarkar, Neta Bose and Rani of Jhansi. Today the government trying to put me in jail that makes me feel confident of my choices, waiting to be in jail soon n go through same miseries my idols were subjected to, it will give a meaning to my life, Jai Hind 🙏

​Recalling the incident when Mumbai's civic authorities brought down an illegal portion of her office, Kangana wrote in Hindi, "The way Rani Lakshmibai's fort was broken, my house was also broken; the way Veer Savarkar was put in jail for rebellion, they are trying their best to send me to jail as well".

She additionally tagged Bollywood superstar Aamir Khan who once raised his voice about rising intolerance in India, stating, "someone should go and ask the intolerance gang about how much pain they have gone through in this intolerant nation".

​Advocate Deshmukh has alleged in his complaint that "Ranaut is committing criminal contempt of court by terming the judiciary as "PappuSena”."

​Multiple police complaints have been filed against Kangana and her sister Rangoli Chandel for inciting communal violence and spreading hate.

In September, Bollywood casting director and fitness trainer Sayyed accused Kangana and Rangoli of defaming the film industry, portraying the people working in it in a bad light with claims of nepotism, drug addiction, and communal bias.

He also alleged her of creating a Hindu-Muslim divide through objectionable comments, citing Rangoli's "make the mullahs and secular media stand in line and shoot them down; the history may call us Nazis, who cares" remarks.

According to Indian news agency IANS, Kangana and Rangoli will be summoned by Mumbai police for questioning next week.

A Karnataka-based lawyer, L. Ramesh Naik, too filed a lawsuit against Kangana for her controversial tweet against farmers protesting farm laws passed by parliament.

The actress was also in the news for her claims that late actor Sushant Singh Rajput's death was murder and not a suicide and called out many Bollywood A-list actors in the drug probe related to his sudden passing. The actor was found dead at his Mumbai flat in mid-June.