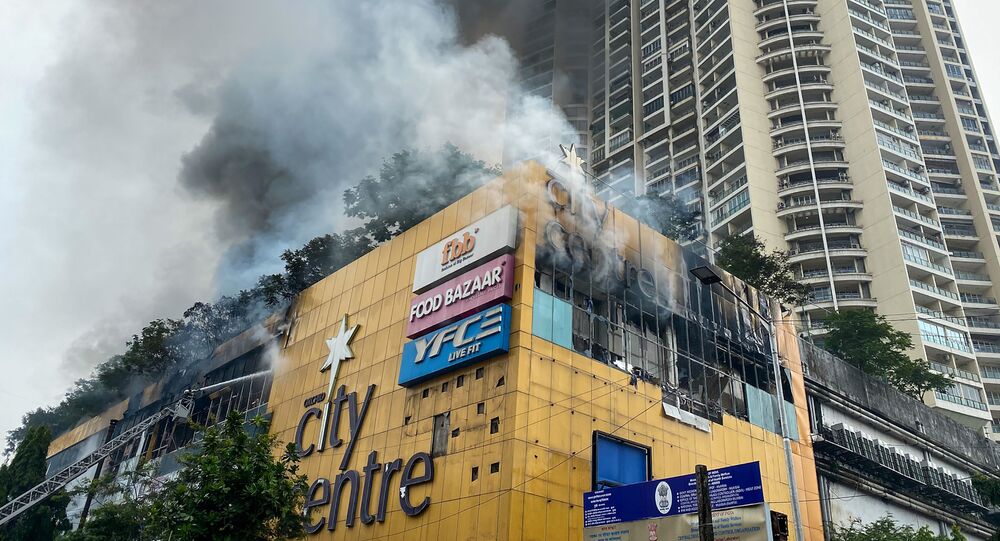 It was just another day in India’s tinsel town Mumbai, when the city went into panic late Thursday night as dense black smoke started billowing from the second floor windows of the four-storey City Centre Mall. Soon after, a fire accident was reported to the local authorities.

What was first classified as a minor level-1 fire later escalated into a level-5 blaze at Mumbai's City Centre Mall resulting in an urgent, precautional evacuation of 3,500 residents from an adjacent 55-storey residential building.

Almost 10 hours after the blaze started, around 250 firefighters, 24 fire engines, and 16 water tankers are still working to put out the conflagration.

This looks scary. Hoping everyone is safe.pic.twitter.com/yP3riqoShk

Mumbai’s City Central mall was caught on fire on Thursday night, resulting in the evacuation of 3,500 residents from an adjacent residential building.#mumbaifire #firefighters pic.twitter.com/JZHqHCyKl4

​Nearly 300 people were rescued in time from the mall building soon after the fire broke out. Two firefighters have sustained minor injuries, one of which was due to suffocation. Both were rushed to a local hospital.

At present, the exact cause of the fire remains unknown.