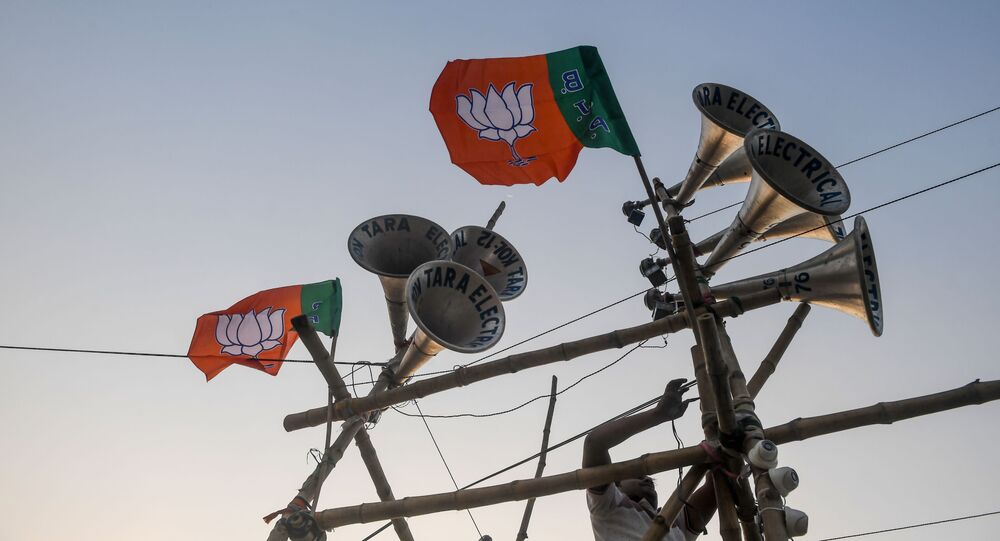 India’s nationally governing Bharatiya Janata Party (BJP) has promised to distribute free anti-COVID-19 vaccines to people in Bihar. The promise was part of an election manifesto released by the party on Thursday for Bihar, which goes to polls to elect its 243-member legislative assembly in three phases beginning 28 October.

A major controversy erupted soon after India's governing BJP announced that over 100 million people in Bihar would not have to pay for getting vaccinated against COVID-19 if they vote the party into power in the upcoming assembly election.

An Indian social activist, Saket Gokhale, has also filed a complaint before the Election Commission of India, saying the announcement is not only “discriminatory but also a false promise and blatant misuse of Central Government powers during elections.”

“....it is evident that this is a gross violation of the powers of the Union Govt of India during an election, an attempt to mislead the voters of Bihar, as well as a camouflaged policy decision which seeks to promise something that hasn’t been yet been officially notified”, reads the letter.

Filed an urgent complaint with ECI regarding BJP's announcement of free Covid-19 vaccine for Bihar by Union Finance Minister @nsitharaman.

This is not only discriminatory but also a false promise & blatant misuse of Central Govt. powers during elections.

​Congress lawmaker and former UN diplomat Shashi Tharoor tweeted in Hindi sarcastically, “You give me vote, I will give you vaccine”.

तुम मुझे वोट दो मैं तुम्हे वैक्सीन .... what appalling cynicism! Will the ElectionCommission rap her & her shameless Govt on the knuckles? https://t.co/ri1UlWWmgD

​Many tweeples questioned the a politicisation of a COVID-19 vaccine.

How can you play politics with a vaccine ? Unbelievable https://t.co/E6DHt3lNVA

How sick can this govt get ? So if they dont vote for the BJP, Biharis wont have access to the vaccine ? https://t.co/SyKJPwvEJd

Don't know what's more tragic;
1. Desperate politisization of a vaccine before elections
2. Despite an economy in ruins, a finance minister is busy with jumlas https://t.co/yvE8fgLO8l

Aap chronology samajhiye. First the Covid vaccine will reach citizens of Bihar, then some places in Madhya Pradesh. After that it will go to West Bengal, Assam and Tamil Nadu. And then it will come to Uttar Pradesh.

​Responding to the criticism, Amit Malviya, in-charge of BJP's national Information and Technology, clarified that like all programmes, the federal government will provide vaccines to states at a nominal rate.

"It is for the state Govts to decide if they want to give it free or otherwise. Health being a state subject, Bihar BJP has decided to give it free. Simple", Malaviya underlined.

BJP’s manifesto promises free Covid vaccine. Like all programs, center will provide vaccines to states at a nominal rate. It is for the state Govts to decide if they want to give it free or otherwise. Health being a state subject, Bihar BJP has decided to give it free. Simple.

The federal health minister told a meeting of a Group of Ministers on 13 October that India is expecting the first COVID-19 vaccine by “early next year”.