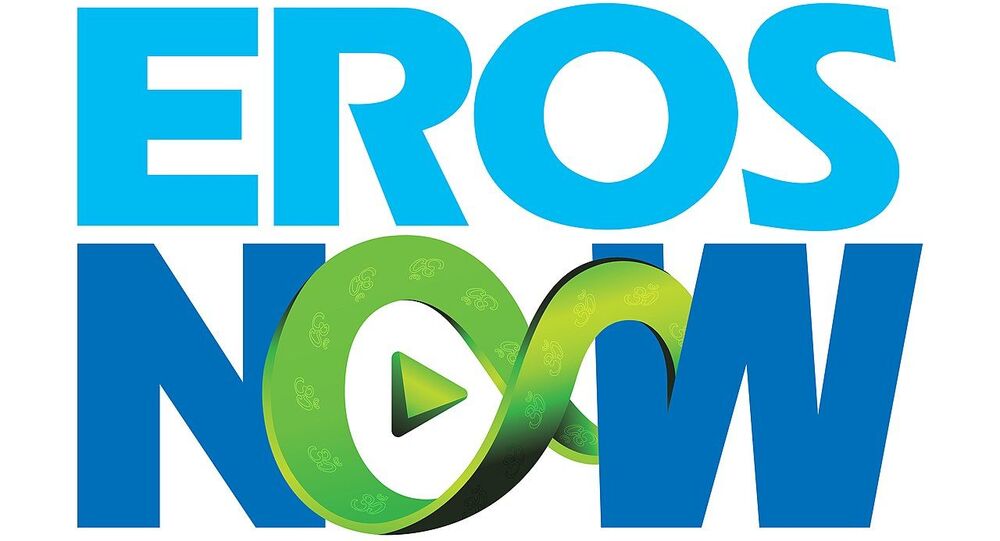 'You Need a Stick... I Have One': Movie Giant Eros Lambasted for Vulgar Memes on Hindu Festival

Eros Now earlier launched a series of memes for the nine-day Hindu festival of Navaratri on its official Twitter handle with pictures of Bollywood actors Katrina Kaif, Ranveer Singh, and Salman Khan along with sleazy quotes. The company, which intended its campaign to go viral, is now facing boycott calls by outraged Hindus.

Eros Now, an Indian entertainment media platform under Eros International, is facing the wrath of people on social media for sharing vulgar and "distasteful" memes about the Hindu festival of Navaratri.

Netizens are calling out the film production company by trending #BoycottErosNow in India and slamming the company for "outrageous content", forcing the media platform to issue an apology.

"You need a dandi (stick) to play dandiya (folk dance) – I have one", read a meme in question by Eros alongside a picture of actor Salman Khan. The company shared several such tweets which were termed "Hinduphobic" and a "mockery" of the Hindu religion.

Dear @ErosNow, Why have you posted these double-meaning vulgar banners for the auspicious festive season?

I have a feeling that these brands already know that people will feel offended and they will run hashtags and therefore they will get FREE publicity. #BoycottErosNow pic.twitter.com/dL0usDBVF3

Ali Hussein is CEO of #erosnow

Just see the difference between wishes on Eid & Hindu festivals.

Same difference you will see in writings of Atheist & secular writers of Bollywood like Javed Akhtar.

Even on international streaming platforms the nature of the content is sensational we need to manufacture overtly sexual, deeply gruesome brutal, violent content, essentially to arouse the viewer’s sexual appetite, very difficult to get any other content cleared by their teams.

​Following the backlash, Eros issued a statement apologising for the stunt and took down the posts.

"We at Eros love and respect our cultures equally. It is not, and it has never been our intention to hurt anyone's emotions. We have deleted the concerned post and apologise for having offended anybody's sentiment".

​Netflix India also faced a similar controversy for its movie "Krishna and His Leela". It was deemed "anti-Hindu" for showing the lead actors in an immoral way and sparked online protests.