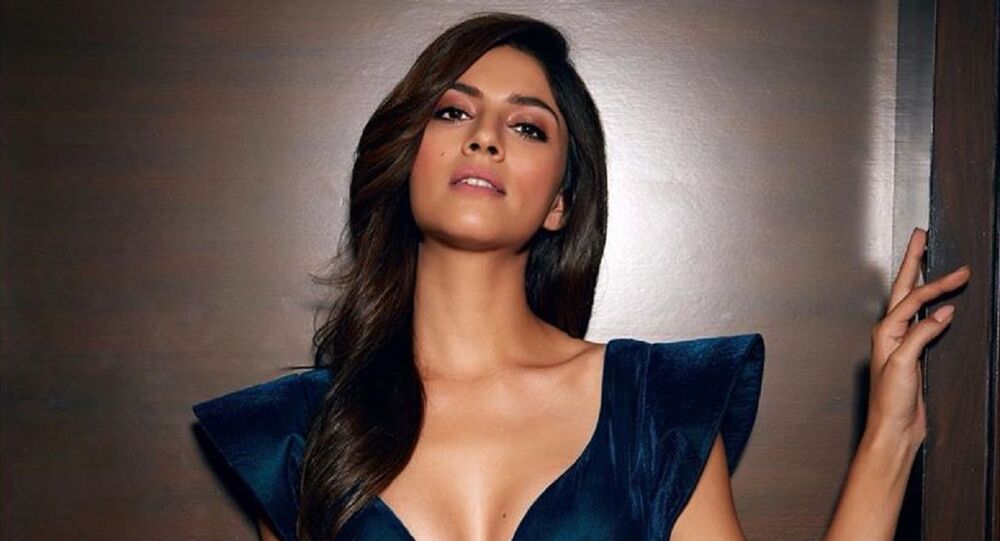 Bollywood actress Sapna Pabbi, who shot to fame with her web series “Four More Shots Please” and “Inside Edge Season 2”, shared screen space with late actor Sushant Singh Rajput in the movie “Drive”. Her name has now emerged in an ongoing drug probe in relation to the death of the actor, who was found hanging on 14 June in his Mumbai flat.

"The notice was pasted outside her residence on Tuesday asking her to appear before the NCB (on Wednesday) in connection with the Bollywood drug syndicate but she didn't respond and now has disappeared”, NCB officials told India’s national daily newspaper Mid Day.

“Her role in this case is very crucial and thorough investigation is required. If she doesn't respond then strong summons will be issued soon", they added.

Her name surfaced after Agisilaos Demetriades, brother of actor Arjun Rampal's partner Gabriella Demetriades, was sent into judicial custody on Wednesday by the Narcotic Drugs and Psychotropic Substances (NDPS) Court. Agisilaos’ arrest came after he was found in possession of drugs.

"Demetriades has been arrested from a resort in Lonavala area of Mumbai. Drugs have been recovered from his possession. Alprazolam, a tablet banned in India, was recovered during a raid at his home".

Demetriades was reportedly procuring drugs and making them available to suppliers in Mumbai and Goa.

"He is on a tourist visa in India. He dealt in synthetic drugs. In close association with various people he used to prepare synthetic drugs and supply them in southeastern countries like Malaysia and Thailand", an NCB officer said.

On 8 September, actress Rhea Chakraborty, the ex-girlfriend of Sushant, was arrested by the NCB for allegedly supplying drugs to the late actor. After being in judicial custody for a month, Rhea was granted bail from the court.