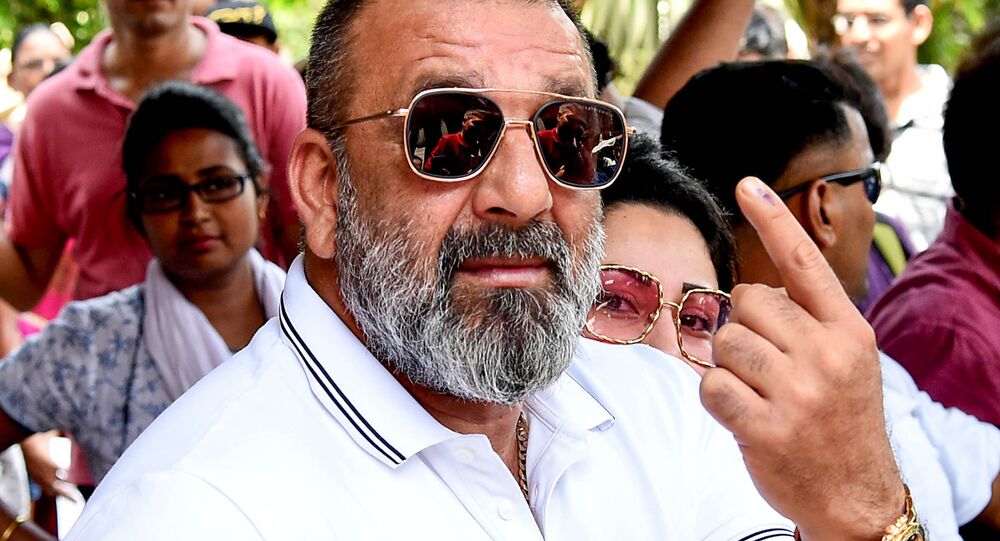 Bollywood actor Sanjay Dutt was diagnosed in August as having stage four lung cancer, leaving his fans fearful for his health. This has already proved an extremely tough year for the Indian film industry, having already witnessed the death of such glittering stars as Rishi Kapoor, Irrfan Khan and Sushant Singh Rajput.

But two months after being diagnosed with lung cancer, 61-year-old Sanjay Dutt took to Instagram on Wednesday to reveal that he has beaten the disease.

In an emotional post, Sanjay Dutt - fondly called Sanju Baba by his fans - expressed a heartfelt gratitude to his family, friends and fans.

Knowing that their favourite actor was fit and well again, Sanju's fans heaved a sigh of relief and flooded Twitter with their joyous responses.

If anyone could come out of this, it was you baba!!! You have always been a survivor, fighter and winner. Once the tiger, always the tiger!!! Love from Nepal. 🙏🏼 And Happy Birthday to your twins. They deserve their father’s longevity. Your life’s just started!!!

Some netizens, however, expressed a degree of scepticism about the actor’s post, saying that fourth stage lung cancer almost never leaves the body.

Wow! Congratulations on being cancer free. That also from 3rd or 4th stage of lung cancer. Pls share the name of the doctor u consulted so the rest of the cancer patients could consult. Hope ur cancer doesn’t appear again at the release of ur next movie.

If anyone here would know what is 4th stage lung cancer and how aggressive it is ,they would know even a miracle wouldn't be able to save you

I m happy that u r healthy and wish you long life but it's so sad that u made cancer a joke and PR stunt ,try to meet some real survivors

Sanjay Dutt's cancer diagnosis came to light after he was rushed to the Kokilaben Ambani Hospital in Mumbai with difficulties breathing in August.