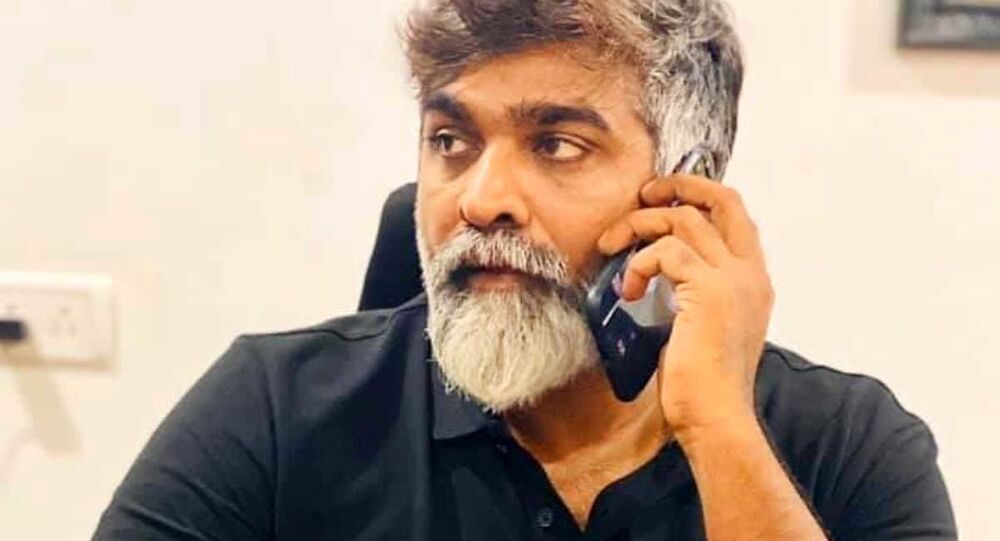 Indian actor Vijay Sethupathi on Monday announced he would opt out of biopic '800', about Sri Lankan cricketer Muttiah Muralitharan. The announcement came after Muralitharan requested Sethupathi leave the project after being pressured by fringe groups.

A day after Tamil film star Vijay Sethupathi pulled out of a biopic about legendary cricketer Muttiah Muralitharan, several social media accounts posted distasteful remarks about his family and threatened to rape his family members.

Sri Lankan cricketer Muralitharan became hated by some in India's Tamil Nadu state for his support of the Sri Lankan civil war, in which high numbers of Eelam Tamils were killed. He is presently a bowling coach for the Sunrisers Hyderabad team in the Indian Premier League (IPL) which is currently being held in the United Arab Emirates (UAE).

Several Tamil fringe groups and political parties wanted actor Sethupathi to stay away from the movie, as it is about about Muralitharan.

© AP Photo / David Rowland
Teen Arrested for Threatening to Rape Indian Cricketer MS Dhoni's Five-Year-Old Daughter - Report
Although Sethupathi dropped out of the film, he is still perceived by some as a threat.

Speaking to Sputnik, officials of the Tamil Nadu Police said they are aware of the matter and have written to Twitter India to seek more details about the accounts that sent rape threats.

In a similar instance earlier this month, a 16-year-old was arrested in India’s Gujarat state for using social media to threaten to rape a family member of former Indian cricket team captain M.S. Dhoni. Police noted that the threats were made following Dhoni's team’s poor performance in the ongoing Indian Premier League.