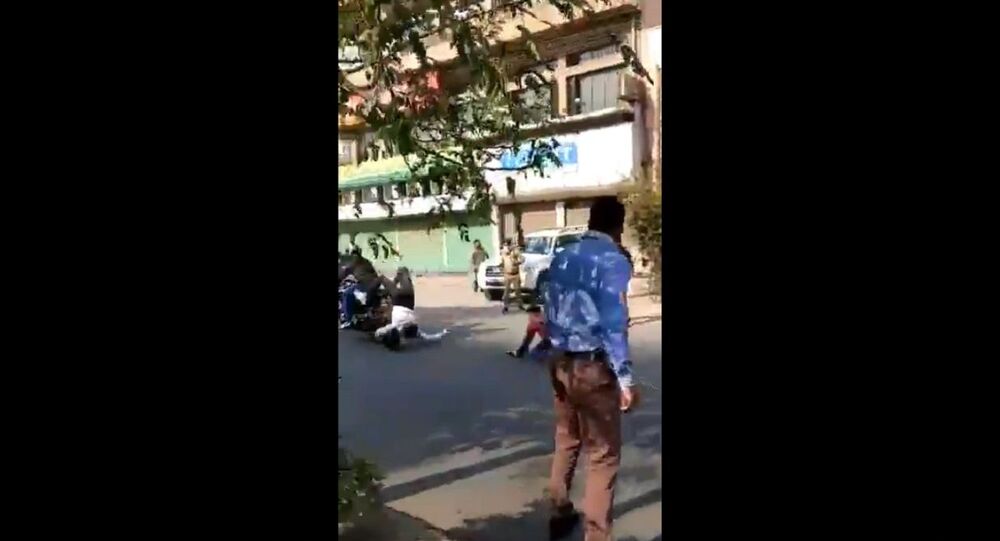 It was like a scene straight out of an action movie when the public and police came together to stop three robbers from escaping after looting a local bank in India’s Ludhiana city. The thrilling and action-packed incident was recorded on camera and the video has now gone viral on Twitter and YouTube.

Three robbers, with their faces concealed behind helmets, tried to run away with a black bag filled with looted cash in Ludhiana city in Punjab state on Friday when they were chased by local residents and police officials in the area.

The thieves were carrying a bag filled with looted money from a branch of the Karur Vyasa Bank located in Ludhiana's Dugri area.

© CC BY 2.0 / Jernej Furman
Watch: Robbers Sanitise Hands, Follow Covid Protocol Before Robbing Jewellery Store in India
After opening fire in a partially successful attempt to nab the three fleeing robbers, two were caught while one managed to ride away on the motorcycle they were sharing.

The two robbers, who fell off the bike during the chase, were brutally beaten by the public before they were arrested.

In the gunfire and mob, six people present on the site have sustained injuries, Deepanshu Kabra, an officer with the Indian Police Service (IPS), posted on Twitter.

Take a look at the video that has now gone viral on social media.

As of now, details about the one robber who managed to ride away on the bike, the amount of money that was stolen, and how much of it has been recovered from the arrested robbers remain unclear.