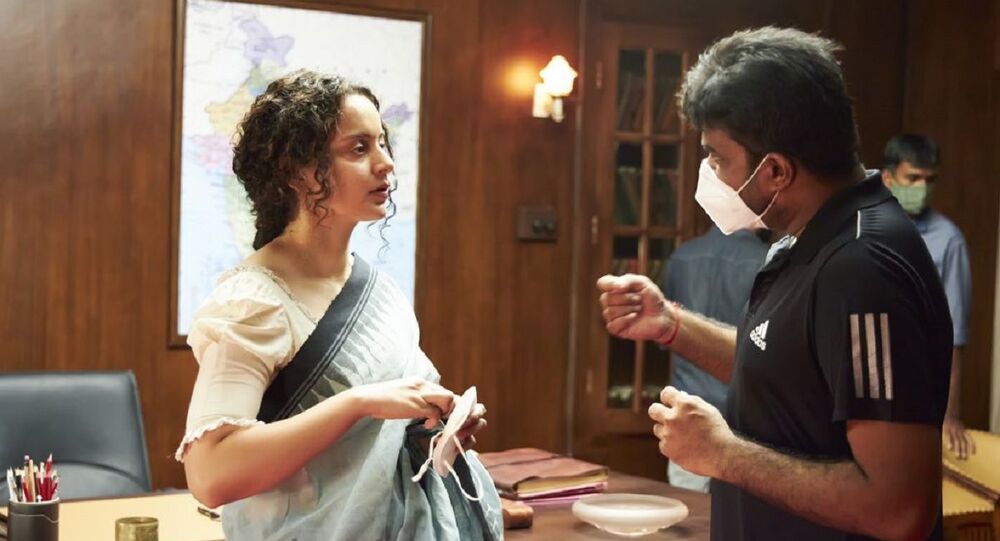 Watch: Actress Kangana Ranaut Kicks and Punches Ahead of Her Power-Packed Role as Fighter Jet Pilot

Bollywood Actress Kangana Ranaut gained 20 kilos for her "most ambitious" biopic "Thalaivi", where she plays one of southern India's most prominent politicians and actresses, the late Jayalalithaa. She is now getting back in shape for her upcoming action movies.

After her award-winning performances as the girl next door in "Queen" and a supermodel in "Fashion", actress Kangana Ranaut has begun preparations for her power-packed action movie "Tejas" where she will be seen as an air force pilot.
Leaving no stone unturned to surprise everyone in the action movie "Tejas" and another spy thriller called "Dhaakad", Kangana, on Friday, shared a glimpse of the behind-the-scenes prep that is keeping her busy these days.

Against the scenic backdrop of Manali, Kangana can be seen doing kickboxing and backflips like a pro.

I have started action training for my upcoming action films #Tejas and #Dhakaad I play a Fauji and a Spy respectively in these films. Bollywood ki thali may have given me a lot but post Manikarnika success I too have given Bollywood it’s first ever legitimate action heroine ❤️ pic.twitter.com/0gkNqk3yuo

Calling herself a "legitimate action heroine", Kangana previously performed action scenes in her movie "Manikarnika" where she played the role of freedom fighter Rani Lakshmi Bai. The 33-year-old actress had gained 20 kg for her movie "Thalaivi" which is a biopic on former Tamil Nadu Chief Minister and actress J Jayalalithaa.

The actress, who hogged the limelight for rabble-rousing statements related to her Bollywood colleagues, kickstarts her day with jogging, a brisk walk, and intense workout for hours besides yoga and kickboxing.

I had gained 20kgs for Thalaivi, now that we are very close to completing it, need to go back to my earlier size, agility, metabolism and flexibility. Waking up early and going for a jog/walk .... who all are with me ? 🙂

Her recent workout videos and pictures are giving her fans new fitness goals to pursue.
The actress recently made headlines after her shocking revelation about nepotism in Bollywood, the drug nexus involving many big stars from the film industry, and constant attacks on politicians for receiving threats and the partial demolition of her office in Mumbai.
She also claimed that late Bollywood actor Sushant Singh Rajput, who was found dead on 14 June in his Mumbai flat, didn't commit suicide but was murdered.
...
Reddit
Google+
Blogger
Pinterest
StumbleUpon
Telegram
WhatsApp
30