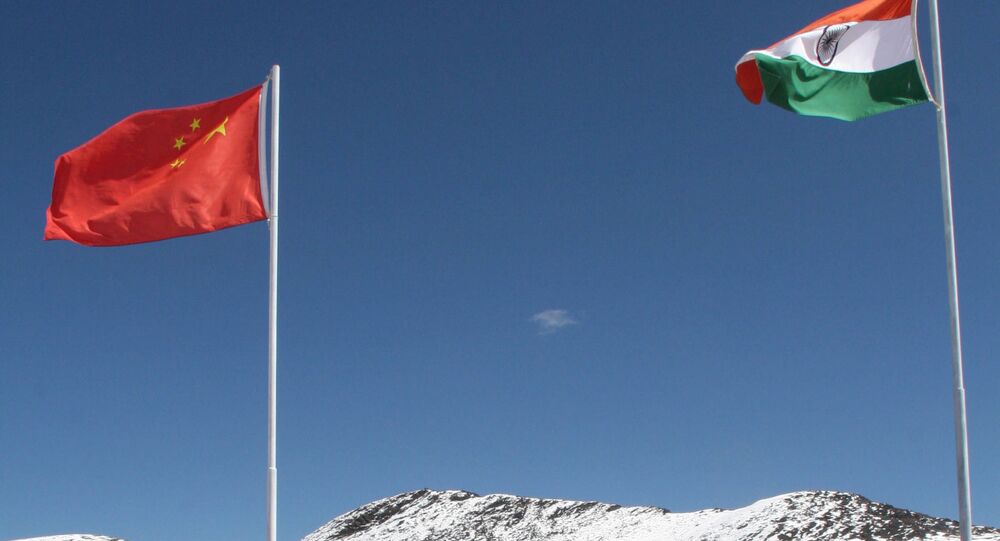 “There is a free media in India that reports on issues as it sees fit”, India’s Foreign Ministry spokesperson Anurag Srivastava said last week, reacting to notices issued by the Chinese Embassy in the Indian media ahead of Taiwan’s “National Day” on 10 October.

The emerging Indian public opinion on crucial foreign policy matters such as the One-China Policy could become a “tipping point” for the government to revise New Delhi’s “traditional” stance, Indian experts suggest.

“I believe we might be reaching a tipping point [on rethinking stated policy positions]. The prime minister [Modi] has through his efforts brought the public closer to foreign policy than any other previous Indian government”, said Vijay Kranti, a 71-year-old China-watcher who has written extensively on the Tibetan refugee crisis.

His observations come amid an upswell of public support for Taiwan, Tibet, as well as Armenia among Indian social media users and the general public. The massive outpouring of support for Taiwan in India on its "National Day" was acknowledged both by the Foreign Ministry office in Taipei as well as the Taipei Economic and Cultural Centre (TECC), the official representation of Taiwan in India.

India has time and again reaffirmed its commitment to Beijing’s One-China Policy, which calls on other countries to respect that there is only one sovereign Chinese state. India, like many other major powers, doesn’t have formal diplomatic ties with Taiwan.

Beijing considers the self-governed island of Taiwan a rightful part of China. The current Chinese and Taiwanese governments are descendants of the two main warring sides during the Chinese Civil War, each of which does not recognise the other. Despite the geopolitical opposition and lack of diplomatic relations, travel between the countries is active, and tourism, migration, and intermarriage between the two sides are commonplace.

But Kranti cautioned that the sentiment in the public against China amid the five-month-old border standoff was similar to the years succeeding the brief war between the two Asian nations in 1962.

Professor Harsh Pant, director and head of the Strategic Studies Programme at the Observer Research Foundation in New Delhi, also suggested that Indian communities across the world have been more engaged with foreign policy matters than ever since Prime Minister Narendra Modi came to power.

“Public opinion has traditionally not been a factor in deciding India’s foreign policy, which has been a domain of elites”, Pant pointed out.

“However, two things have changed since Prime Minister Narendra Modi became the prime minister,” the expert went on to explain.

“India’s rise on the global stage has impacted its diaspora living in different countries”, said Pant, while emphasising that these people have leveraged the use of social media to voice their opinions on foreign policy matters.

“And secondly, Indians have shed their reluctance to speak up on foreign policy”, he spelled out.

However, we have continued to abide by the official line when it comes to issues such as Tibet and Taiwan, he said.

“Even our official position in the case of Nagorno-Karabakh conflict has been more moderate than public outpouring of support for Armenia would suggest”, Pant said.

He, however, added that rising voices of dissent from within India’s political establishment on these matters reflects popular opinion after the deadly Galwan Valley clashes that left at least 20 Indian troops dead.

There have been reported instances of both the governing Bharatiya Janata Party (BJP) and the main opposition Congress Party cracking down on their dissenting members, especially on the question of the One-China Policy.

The BJP’s former general secretary, Ram Madhav, reportedly deleted his tweet about a visit to the home of Nyima Tenzin, a Tibetan-origin soldier serving in India’s covert Special Frontier Force (SFF). Tenzin was killed in action at the Indo-China border during the night between 29 and 30 August in a landmine blast, per reports. Madhav refused to comment on the matter.

Similarly, in the case of Taiwan, Meenakshi Lekhi and Rahul Kaswan, two parliamentarians from the governing BJP, attended the swearing-in ceremony of Tsai-ing Wen in May this year. Both were reportedly served notices by the Chinese Embassy for violating the One-China Policy.

In the main opposition Congress party, Abhishek Manu Singhvi, a member of parliament and a senior party spokesperson, told Sputnik that he “personally” felt that the time was ripe for New Delhi to diplomatically recognise Taiwan.

Singhvi, however, categorically added that this didn’t reflect the stance of his party.

In May, Congress disowned a tweet by its MP and leader of the opposition in the lower house, Adhir Ranjan Choudhary, when he reportedly asked Prime Minister Modi to accord diplomatic recognition to Taiwan. Choudhary eventually took down the controversial tweet.