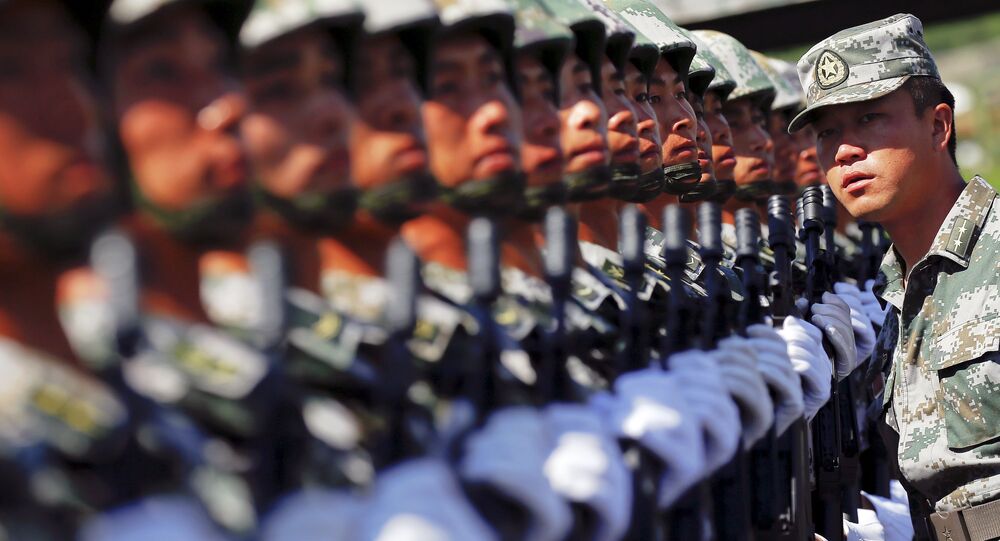 Border tensions between India and China erupted in April this year after the two sides accused each other of crossing the Line of Actual Control (LAC). While troops from both nations are on guard along the LAC in Ladakh, ordinary Indians and Chinese have continuously engaged in a war of words on Twitter.

In recent months, China’s state-run publication the Global Times has posted several videos of troops of the Chinese People’s Liberation Army (PLA) practicing warfare in rough mountainous terrain in a supposed attempt to show off the might of the country's forces.

The Global Times tweeted another video showing soldiers from the Chinese People's Armed Police Force indulged in bayonet training. The caption of the video said these were over a 100 Chinese soldiers forming a “phalanx” – a rectangular mass military formation in northwest China’s Xinjiang Uygur Autonomous Region.

​The video, which was supposedly published to stun viewers, ended up being mocked by Indian netizens, who “appreciated” the efforts of the Global Times to keep Twitter “entertained” while suggesting that the Chinese soldiers join a circus company.

Posting a previously viral picture of Chinese soldiers crying on a bus, Indian netizens called the troops from their neighbouring country “chocolate soldiers”.

This is the reality!
They cried to go to Tibbet to Confront INDIAN ARMY..
These crybabies gonna fall in Next few months for sure...

But good Videography though😂 pic.twitter.com/YQyBcmcrGa

Good entertaining video , send them in some circus company .

This is not the first time that Indians have ridiculed China on Twitter.

Public sentiment towards China in India turned sour after 20 Indian soldiers were killed in brutal hand-to-hand combat on the intervening night of 15-16 June. Despite several rounds of diplomatic talks, no concrete solution has been found so far.