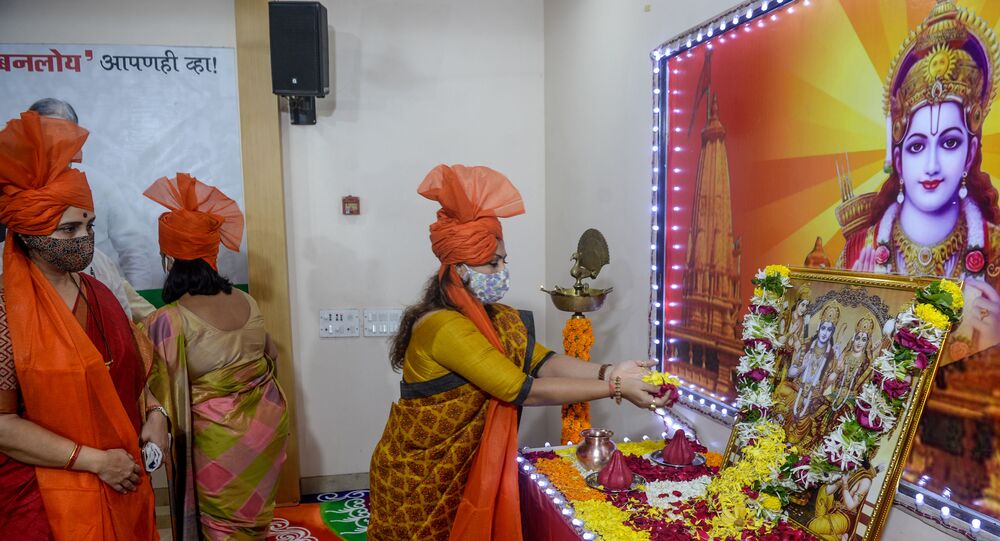 India’s federal government has lifted the lockdown imposed to contain COVID-19 gradually, allowing the tentative opening of public places. Maharashtra state continued to be one of the hotspots, with 212,905 active cases as of Tuesday, while the cumulative mortality in the state was 40,514, accounting for 36.9 percent of the national tally.

“I wonder if you are receiving any divine premonition to keep postponing the reopening of the places of worships time and again, or have you suddenly turned ‘secular’ yourselves, the term you hated?” asked Koshyari in his letter.

Thackeray shot back saying: “...my Hindutva doesn’t need verification from you.” He said imposing lockdown all of a sudden was not right, while revoking it completely at once also wouldn't be beneficial.

On Tuesday, Prime Minister Modi said he was concerned about the COVID-19 situation in Maharashtra state.

“The danger of COVID remains. In Maharashtra, it is a matter of concern and therefore, I appeal to the people of the state to use masks, wash your hands and maintain cleanliness,” said Modi.

Though the federal government issued guidelines for the re-opening of public places on 30 September, it allowed the states to issue detailed standard operating practices to regulate gatherings.

While Maharashtra allowed the re-opening of restaurants, bars and cafes, it did not re-open temples as many festivals are nearing.

“Navratri and Diwali are around hence I’m moving slowly towards opening temples. Some have raised a question that if so many things can be opened, why not them (temples). Please wait, responsibility is on us, and not on you,” Thackeray explained in an address on Monday (12 October).

The state chief said his government doesn’t want a situation where it has to re-impose lockdown restrictions, as had happened in several countries.

A spokesperson of the regional ruling Shiv Sena said the Maharashtra government had taken decisions, while keeping the serious COVID-19 situation in mind.

​Meanwhile, workers from the state's opposition Bharatiya Janata Party (BJP) held a protest outside a hugely popular temple in Mumbai against the state government, demanding that all temples in the state should be opened.

Mumbai: BJP workers protest outside Siddhivinayak temple against the state govt, demanding that all temples in Maharashtra should be re-opened for devotees.

Thackeray’s Hindu nationalist Shiv Sena was the oldest alliance partner of BJP. But the two parted ways in November 2019 after the legislative polls resulted in a hung assembly, and they failed to arrive at a power-sharing formula in the state.