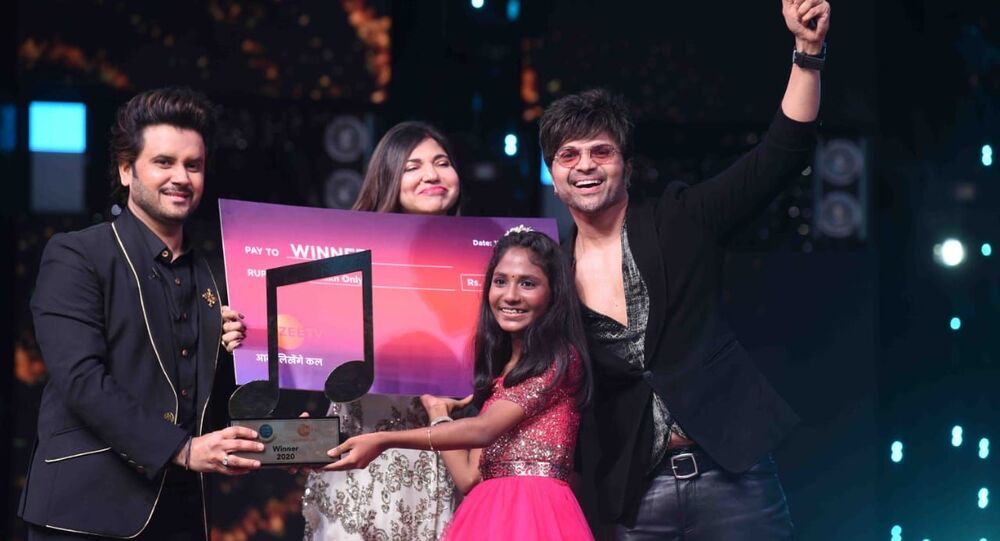 She is a trained classical singer who started learning singing when she was just two years old. Her Gurus were her own parents – Rajesh Babu and Indu M who are music teachers at school. Today, she sings in different languages, has performed at many live classical music concerts and aced competitions as well.

Judging from the confidence with which Aryananda Babu sings Hindi songs, nobody could doubt that the 12-year-old from the south Indian state of Kerala, was totally fluent in the language.

“If you are passionate about singing, you can surmount language barriers and achieve the impossible through hard work. I focused on giving my best and that was my secret that led me to win,” Aryananda told Sputnik on Monday.

​Asked how she managed to sing in Hindi without knowing the language, she shared: “It was the biggest challenge but my mentors from the show made it easy for me by simplifying it and groomed me to catch the right notes and melody. My  mother also helped me by writing the lyrics of the Hindi song in Malayalam so that I can understand.”

Taking home a winning trophy and $6,812.40 as a prize, Aryananda emerged as a winner after beating 14 contestants on the show and impressed celebrity judges as well as noted Indian singers Alka Yagnik, Javed Ali, and music composer Himesh Reshammiya.

“It was overwhelming to sing in front of the popular singers but they made me feel comfortable and it was a fun experience and a great learning experience,” she said.

Taking a trip down memory lane, Aryananda said that she started singing at a very early age.

“Both my parents are singers and when I was a kid, I used to listen to them teaching singing to other children at home. I gradually picked up singing and gave my first public performance when I was two years old,” Aryananda said.

​The biggest turning point in her life was at the age of seven when she earned herself a spot in the Limca Book of Records for singing live non-stop for several hours.

“I sang 25 songs in four different languages – Malayalam, Hindi, Tamil, and Telugu - within a span of three hours. That brought me recognition and I started performing at different singing competitions,” she said.

“Winning this show is a dream come true and I aspire to meet and sing with my favourite singers who have inspired me, be it AR Rahman, Shreya Ghoshal or Lata Mangeshkar ma'am,” she signed off.