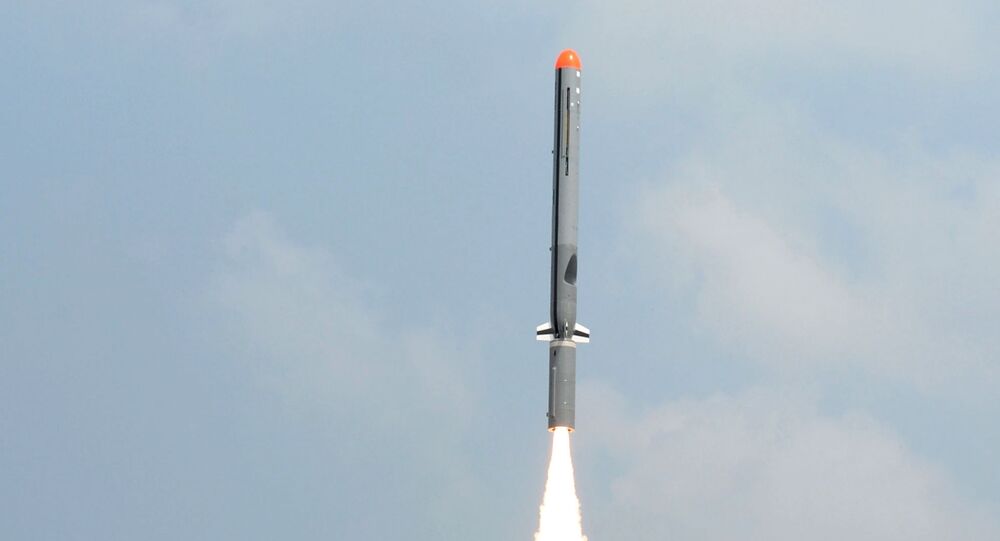 India has been fast-tracking development and deployment of modern weapons amid the ongoing border tensions with China along the Line of Actual Control (LAC) in Ladakh. A total of 20 Indian soldiers were killed in a brutal face-off with Chinese soldiers in mid-June.

The Defence Research and Development Organisation (DRDO) test fired the “Nirbhay” missile at 10:30 AM (IST) into the Bay of Bengal on Monday from a test facility in the Indian state of Odisha. However, just eight minutes later, the trial was aborted.

This is the fourth time since 2013 that a trial launch of Nirbhay cruise missile has been stopped mid-way.

The Hindi word “Nirbhay” translates as “fearless”; upon completing its trials, potentially in the upcoming months, the cruise missile will formally be inducted by the Indian military.

Just eight minutes after its launch, the 800 km-range subsonic missile developed a snag due to which the trial was brought to an end, Hindustan Times reported, citing a DRDO official.

DRDO fires #Nirbhay cruise missile into sea hits abort after 8 minutes, expect next test for the missile in 1-2 months time frame.
The missiles will be formally inducted by the military after the next round of trials expected in a few months. pic.twitter.com/VLrnVmNJpU

#DRDO test fires #Nirbhay cruise missile into sea, expect next test for the missile in 1-2 months time frame. The missiles will be formally inducted by the military after the next round of trials expected in a few months. This was the Ninth test of different Missiles in 2 week. pic.twitter.com/Ua3k1aXp8X