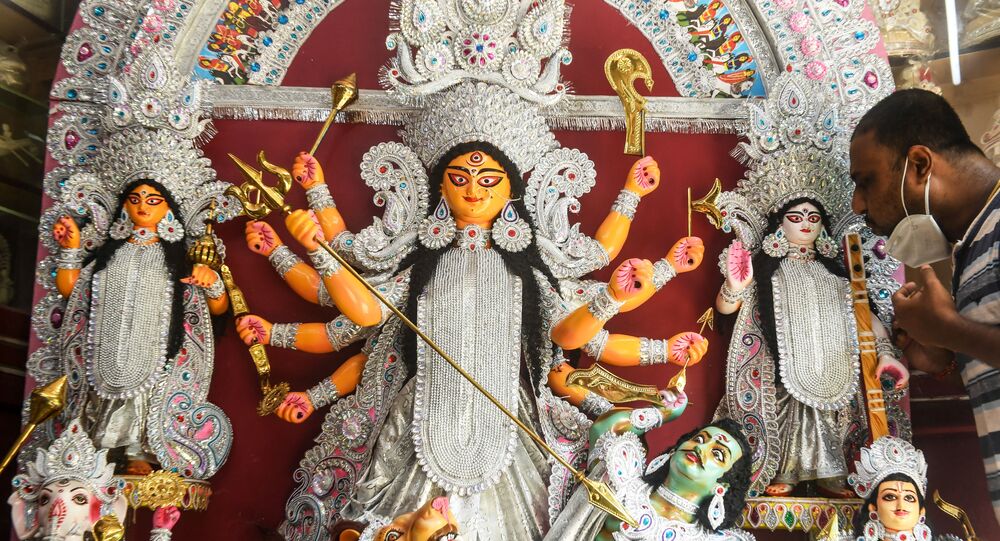 Two major Hindu festivals fall in the month of October – Durga Puja celebrating the victory of the goddess Durga over the shape-shifting buffalo demon Mahishasura, and Ramlila, commemorating God Rama's victory over the Ravan. They culminate in Dussehra, the whole lot lasting about a fortnight.

People in Delhi who witness big celebrations during this festive season which traditionally falls in October will have to celebrate two of their most keenly awaited festivals with rather more restraint than usual this year.

The Government of Delhi has lifted bans on public gatherings during Durga Puja and Ramlila but crowds are not allowed to exceed 200 because of COVID-19 safeguards. The two festivals are usually celebrated in a big way.

Festival organisers, however, say it is not possible for them to obtain appropriate venues and permits in such a short time so they will not stage the usual festivities.

Arjun Kumar, secretary of the Luv Kush Ramlila Committee which organises a 10-day re-enactment of Lord Rama's life through drama performances, in the national capita, told Sputnik that the local government's stipulations had rendered it almost impossible to stage their event. “Celebrations cannot be held according to the conditions and stipulations laid down by the Delhi government. This is no commercial programme, but a socio-religious festival. One of the conditions is seating capacity should not exceed 200. And, if officers find anyone standing, the permission can be withdrawn.”

Kumar, whose association is one of the best established organisers, said the notification was issued on Sunday and at such notice, booking the venue and receiving all the mandatory clearances from several civic agencies could not be done.

“At the most we would consider celebrations on the concluding day, Dussehra, by burning the effigy of demon king Ravana, his brother Kumbhakarna and son Meghnatha. Legend says they were killed by Lord Rama, before he ended his 14 years of exile in the forest, with the help of a troop of monkeys".

On the other hand, Durga Puja organisers said the customary rituals would be scaled down drastically to comply with COVID-19 guidelines.

This festival is consists of erecting a makeshift temple under highly decorated big tents.

“We have booked a hall to conduct the six-day puja in a limited manner, following all guidelines issued by the Delhi Government,” said Biswanath Bandopadhyay, a member of the organising committee of Bengali Association in northwest Delhi.

Staged across Delhi 10 days before the festival of Dussehra, Ramlilas generally attract huge gatherings. The country's President, Prime Minister and prominent political leaders attend the celebrations on the concluding day when massive effigies of demons are burnt in the presence of thousands of people.