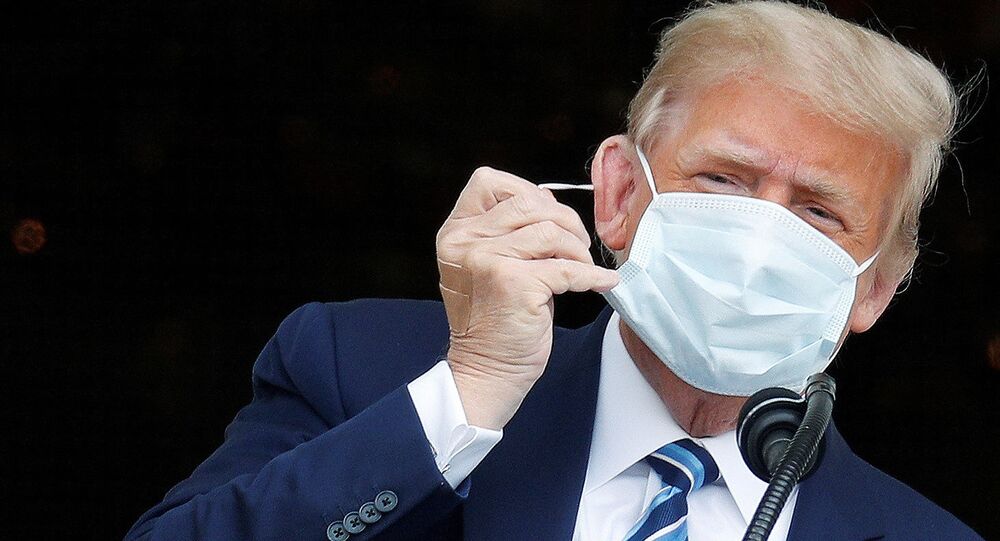 A farmer from southern India made news headlines whhen he installed a six-foot statue of the 45th US president at his house on Trump’s 73rd birthday in 2019. The man used to offer prayers to Trump every day and was concerned after POTUS contracted coronavirus.

Bussa Krishna Raju, a 38-year-old farmer from Telangana, India, died of cardiac arrest on Sunday. He was reportedly depressed ever since US President Donald Trump tested positive for COVID-19 earlier this month.

Raju was shocked after Trump confirmed that he had caught the virus along with the US First Lady, Melania Trump, and had spent sleepless nights praying for his good health, according to Raju’s friends.

Several social media users took to Twitter to inform the world that the US President's most die-hard fan has died.

US president Donald Trump’s bhakt Bussa Krishna of Jangaon who constructed a temple for him has died of a heart attack. Krishna was depressed from the time Trump tested positive for Covid19. He has also released a video in which he is weeping and praying for Trump’s recovery. pic.twitter.com/wXXWfX5uia

Raju collapsed at his relative's residence in Medak district due to cardiac arrest, and was pronounced dead after he was rushed to the hospital.

"He was upset when he learned about Trump testing positive for COVID-19. He spent sleepless nights, starved and prayed for the US President Trump's recovery for the past three-four days," a man from his village told local media.

The man had become a fan of Trump for his straightforwardness and determination to protect his country. He installed a cement idol worth $1,778 at his home last year, prompting many people in his village to urge Raju to visit a psychiatrist after his stint, but he justified it as a proclamation of his love for Trump.

Raju had also appealed to the Indian government to meet POTUS during his visit to the country.