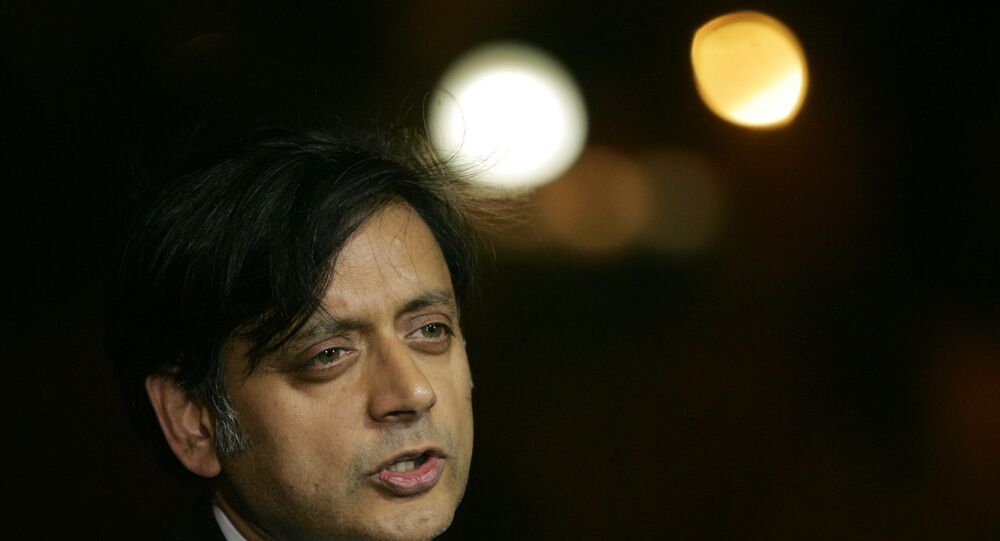 Idli are steamed cakes originating in southern India, which are now popular throughout the country. It is a breakfast food, made by steaming a batter of fermented rice and black lentil beans in special moulds, and usually eaten with Sambar - a lentil-based vegetable stew.

Anderson’s comment that ‘Idli’ is boring stirred up a social media rumble and Tharoor scolded the Brit, saying that he must knows idlis aren't boring, noting the reactions on Twitter and asking if roti (Indian flatbread) or Yorkshire pudding would have inspired such strong emotions.

At least now, @edanderson101, you know idlis aren't boring! Would a mere roti have stirred up such a viral row on social media? Let alone a Yorkshire pudding?@ishaantharoor@sudhaTilak @BBC https://t.co/UpTks31Ox8

​The hullaballoo erupted after the Indian-British scholar responded to a simple question on Twitter by food delivery platform Zomato: "What's that one dish you could never understand why people like soo much?"

Hell broke out after he responded that "Idli are the most boring things in the world,” and finally Anderson had to apologise for his “stupid idli comment” and proclaim his love for Indian food, especially south Indian food, noting that he himself had in-laws in Kerala.

“Wow. I now know to criticise south Indian food at my peril! The idli defenders appear to be a seriously passionate bunch. But will my in-laws in Kerala forgive me??”

Wow. I now know to criticise south Indian food at my peril! The idli defenders appear to be a seriously passionate bunch. But will my in-laws in Kerala forgive me??

​“This has really got out of hand,” he tweeted in exasperation.

This has really got out of hand 😂 https://t.co/SYSPgIMUhy

​Edward, who is married to a girl from the southern Indian state, tried to invoke her roots to counter antagonists of his boring ‘idli’ comment. “Malayalis (people from Kerala) are the loveliest people, except when they are telling me I’m stupid for disliking idlis!”

Idli recently came to the limelight when US Vice Presidential nominee Kamala Harris, recalled how her mother, who has roots in Tamil Nadu state, always wanted to instil her “love for good idli” in her.

The simple south Indian cuisine has several variants like Kanchipuram idli, which has been given a divine status, as it is offered to the presiding deity of a famous temple in Kanchipuram in Tamil Nadu.

Idli is savoured with sambar or coconut chutney or a dry chutney powder, popularly called ‘gunpowder’.  Idli is considered healthy food as it is steamed, unlike other Indian breakfast fares, which use copious amounts of butter or oil.