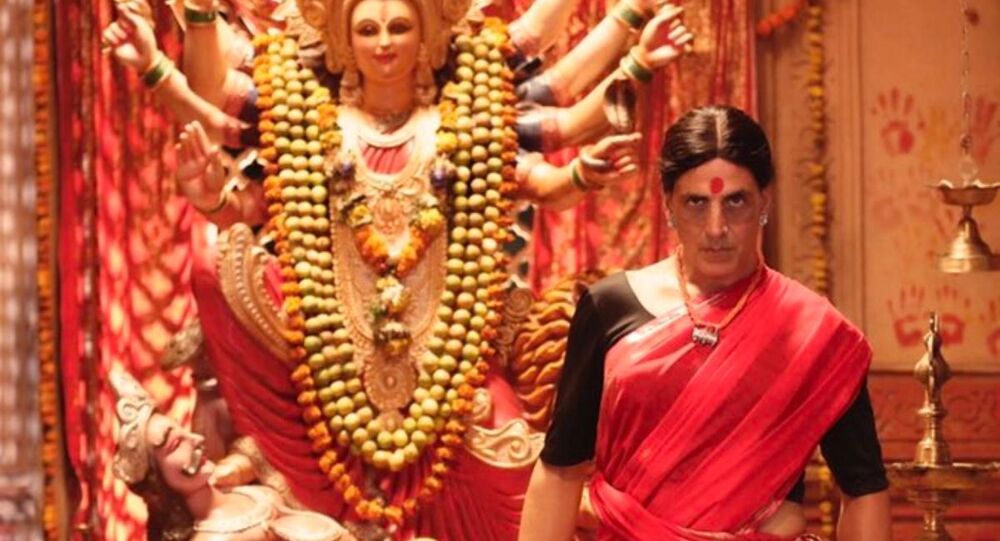 Bollywood superstar Akshay Kumar will be seen playing a transgender ghost in the Hindi horror-comedy movie “Laxmmi Bomb”, which is slated to be released on 9 November on the OTT platform. Starring alongside actress Kiara Advani, the movie is an official remake of the popular Tamil film “Muni 2: Kanchana” and has been directed by Raghava Lawrence.

Superstar Akshay Kumar released the trailer of his much-hyped movie “Laxmmi Bomb” on Friday, sparking off a meme fest on social media.

Netizens are giving funny responses to his dialogues and stills from the trailer, making #LaxmmiBomb trend on Twitter.

While most of the memes feature one of his popular dialogues - "Main iss area ki queen hun", ("I’m the queen of this area"), some are offering creative one-liners about his looks, as he is wearing bangles and a saree (a nine-yard piece of cloth wrapped rather tightly covering a woman’s entire body).

​In the past, Bollywood movie "Sadak 2’s" trailer got a large number of dislikes on YouTube.

But the makers of Laxmmi Bomb came all prepared, as they have hidden the numbers of likes and dislikes on its trailer on YouTube, sparking a funny reaction from users.

​In India, the movie will be released directly on the OTT platform - Disney+ Hotstar, but in the UAE, Australia, and New Zealand, it will be theatrically released.