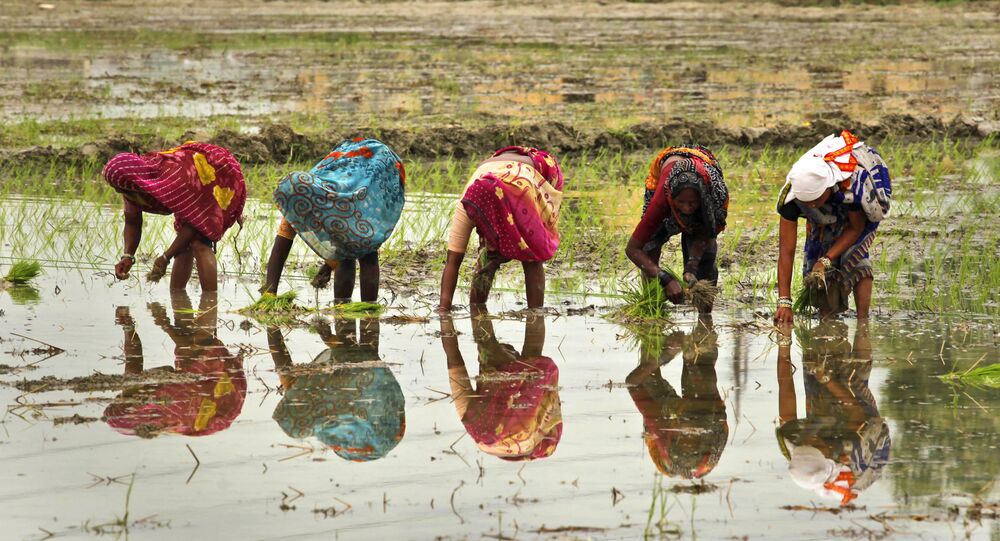 Adoption of modern techniques in agriculture to optimise the use of resources and obtain economic prosperity has eluded small farmers in India. However, in trying times like these, many smallholder vegetable farmers are turning to these technologies.

Indian agricultural firm "FarmERP", a smart agriculture management software platform, has shareed insights on how their technology and software are helping farmers to map and trace the entire agricultural process - from pre-sowing to harvesting, procurement, and sales, to traceability.

Sanjay Borkar, CEO and Co-Founder of FarmERP, tells Sputnik that the biggest problem with agriculture is that it's unpredictable.

"We have two major challenges: getting better value for the produce and uberising the entire agricultural process to make it more predictable - we offer farmers crop schedule, climate smart advisories. Planning plays an important role in increasing product utility and profitability", he says.

FarmERP is working with small farmers who own up to 5 acres of land. Uberisation can be defined as a property of a highly tele-networked business to reach maximum order in operations through increased cost-effectiveness and structured services.

Adoption of modern techniques in agriculture to optimise the use of resources and obtain economic prosperity has eluded the small farmers in India. Here's an AgriTech startup working with smallholder vegetable farmers to enhance production and find buyers. @SputnikInt pic.twitter.com/Re0dUklgHg

​With farm reforms in the pipeline and the blow delivered by the COVID-19 pandemic, Indian agriculture is currently in dire need of external help to enhance agricultural productivity, which is affected by several factors such as continued dependence on the monsoon, imbalanced use of soil nutrients resulting in loss of soil fertility, and uneven access to modern technology.

Adding to this, Borkar says, "a farmer might sow one acre of tomatoes, but despite the hard work that he puts in and expenses he bears he doesn't know how much he will get in return. Farmers are also incurring huge losses due to unpredictable weather".

While bringing together farmers and buyers on a single platform is for profitable business, the firm is also helping farmers with climate-smart advisory concerning nutrition, irrigation, pests, disease management, quality control, and harvesting. Field officers and farmers use a mobile app to capture all this data.

Dnyaneshwar Laxman Shinde, a farmer for the past 24 years, who cultivates maize and onions in Nashik, Maharashtra, tells Sputnik that he has been using this technology for four months and it has helped him find the right buyers along with making the production system more efficient.

"Not only are we getting better rates from the buyers in contrast to what we used to get in local markets but the quality of the produce is also being assured. The local market was offering us INR 27 ($0.37) per kilogram, we got INR 35 ($0.48) per kilogram from other buyers", the 44-year-old farmer said.

Though the technology is coming in handy for farmers, network issues in rural areas remain a hindrance. Another challenge is that a majority of Indian farmers hail from rural backgrounds and are apprehensive and unaware of such methods to enhance productivity.

Adding to this, Shinde said, "we initially faced network connectivity issues while deploying this software technology, but that was resolved by the offline app. Also, farmers here are not very tech-savvy. So, they are taking a little time to adapt to the technology".

While the new methods continue to help evolve farming technologies, the catch remains that these modern methods remain unevenly accessible to small and marginal farmers who hold less than two hectares of land - they comprise 86.2 percent of the farmer population of India.