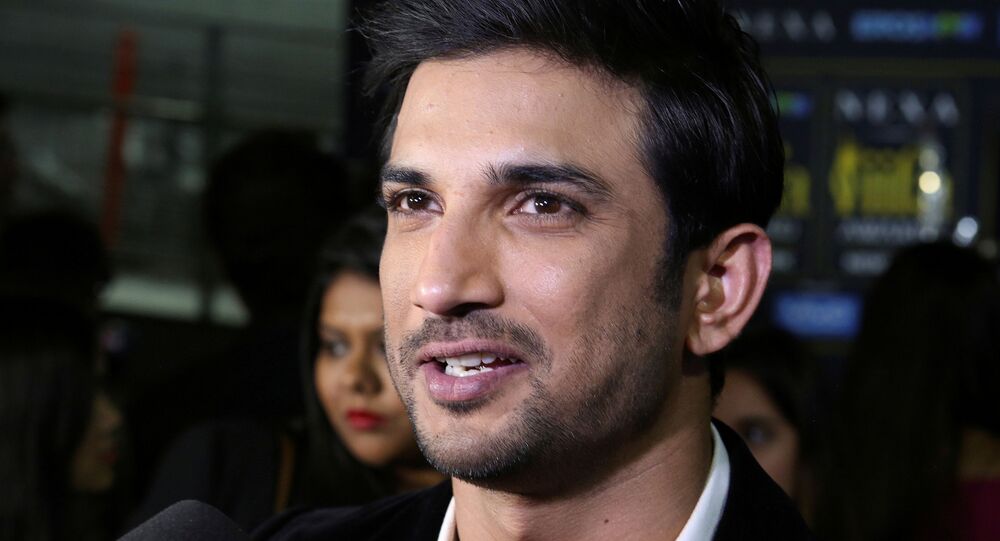 Currently, three premier investigative agencies including the Central Bureau of Investigation, are probing different angles of the tragic death of Bollywood actor Sushant Singh Rajput. He was found hanging froma ceiling at his residence in India’s Mumbai on 14 June.

Sushant’s family has conveyed this to the Central Bureau of Investigation (CBI) in a letter sent by the legal counsel.

In the letter addressed to CBI Director Rishi Kumar Shukla, the legal team represented by Varun Singh, said, "I have been reading in the media about the report submitted by AIIMS to CBI with regard to the opinion expressed by CBI in the matter of the death of Sushant Singh Rajput on the 14 June 2020".

"I have also seen some doctors who were part of the AIIMS team come on TV and make statements with regard to the forensic examination done by the team".

The letter further said that in spite of several efforts to get a copy of the report, there has been no response by Dr Sudhir Gupta, who was heading the said panel of AIIMS doctors, …."I am accordingly writing this letter on the premise that the news report regarding the AIIMS opinion is correct".

"The leaked report, if correct, amounts to drawing a biased and boastful conclusion from insufficient evidence", the legal counsel said.

The letter claimed that AIIMS did not have the privilege of examining Sushant's body but was to only express its opinion with regard to the post-mortem report by the Cooper Hospital in Mumbai.

The letter rejected AIIMS "first hand opinion" about the cause of death.

In the findings submitted by AIIMS to the probe agency, the hospital authorities ruled out the poisoning angle in the death of the late actor.

"Dr Gupta has been giving media interviews about the sensitive case right from day one, questioning the doctors of Cooper Hospital for a dubious autopsy and Maharashtra Police for a hurried post-mortem and contamination and non-preservation of the scene of the crime", the letter by the legal counsel states.

The letter further mentions "infirmities" in the said report submitted by the AIIMS panel, saying that the post-mortem was done at night without there being any order by a magistrate, videography of the post-mortem was not done, and sufficient viscera was not retained for future examination.

Sushant's autopsy was carried out by three doctors from Cooper Hospital on the night of 14 June.

The letter also states that the post-mortem conducted by the Cooper Hospital did not mention the injuries on the body and thus there was no opinion expressed about the cause of such injuries.

"The protocol which is necessary to be observed in such post-mortems was not followed as opined by several experts of forensic departments from all over the world", it reads.

"There were several other infirmities which could be pointed out by a genuine forensic examination but somehow the same have been left out by the AIIMS team as expressed by one of the doctors in his interview telecast by a TV channel", the letter adds.

Earlier, the AIIMS panel in its report had questioned the absence of the time of death in the autopsy and pointed towards the dimly-lit post mortem room at Cooper Hospital, sources said.

Meanwhile, Dr Gupta, who was heading the said panel of AIIMS doctors, in a statement said that the medical board of AIIMS has expressed very clearly and conclusively the medico-legal final opinion in this case to the CBI.

"The contents of the opinion shared with the CBI cannot be shared with anyone as the matter is subjudice", the statement read.

A team from the AIIMS Forensic Department was roped in by the CBI to give a medico-legal opinion into the death of Sushant.