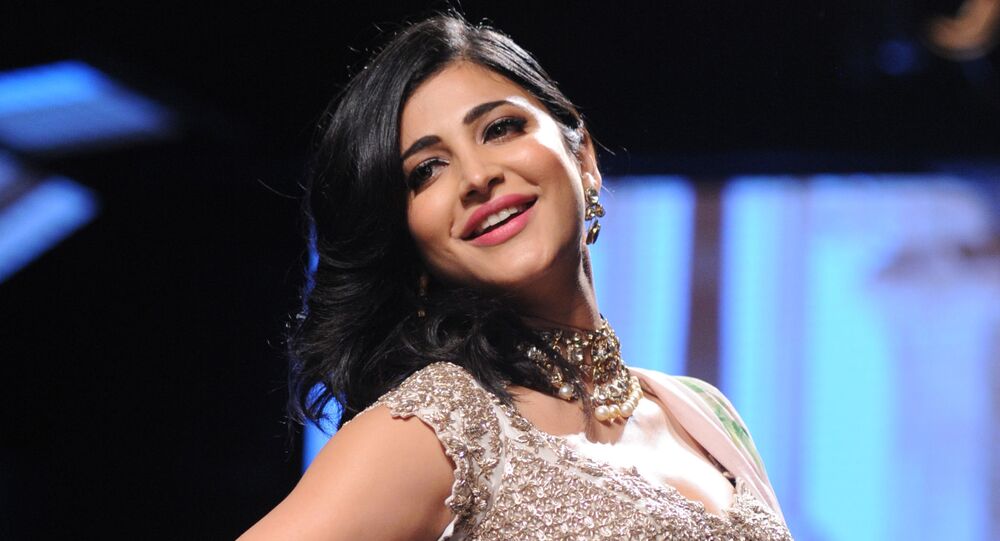 Shruti Haasan, a singer-actress and daughter of acting legend Kamal Haasan, is one of the leading celebs of South Indian cinema. She has worked in several commercially successful films -"Gabbar Singh", "Vedalam", "Srimanthudu", and "Si3". She amazed many with her performances in the Bollywood movies "Gabbar Is Back" and "Ramaiya Vastavaiya".

Actress Shruti Haasan has often been dragged in the nepotism debate, but despite being the daughter of two successful stars – Kamal Haasan and Sarika Thakur – she says that even after 11 years of her acting career, she still feels like an outsider.

"I feel like an outsider because even after 11 years, I've still not understood the right way to butter up the people and the right group to be a part of", she said in an interview with the Times of India.

Considering herself "a musician first and then an actor", Haasan admits the existence of nepotism in the film industry and that it has also opened doors for her.

"Nepotism, yes, I don't deny it, as my surname is Haasan. If it was just Shruti or something else, I wouldn't have got the initial attention that I got", she confessed.

She was quick to add that nepotism can get one a good break in the industry but the bigger challenge lies in the acceptance by different groups and camps which makes her feel like an outsider.

The actress made headlines in August 2020 by launching her first original song in English - Edge, which has crossed over a million views on YouTube.

Pointing out that "this (film) industry doesn't celebrate music", she said: "For someone like me, who is always in the specific mind-set and a part of me being a musician, you learn to be different and celebrate".

The actress, who is currently busy shooting for her upcoming projects, has the Tamil-language film "Laabam" in the pipeline, starring Vijay Sethupathi, and the Telugu film "Krack", with Ravi Teja.