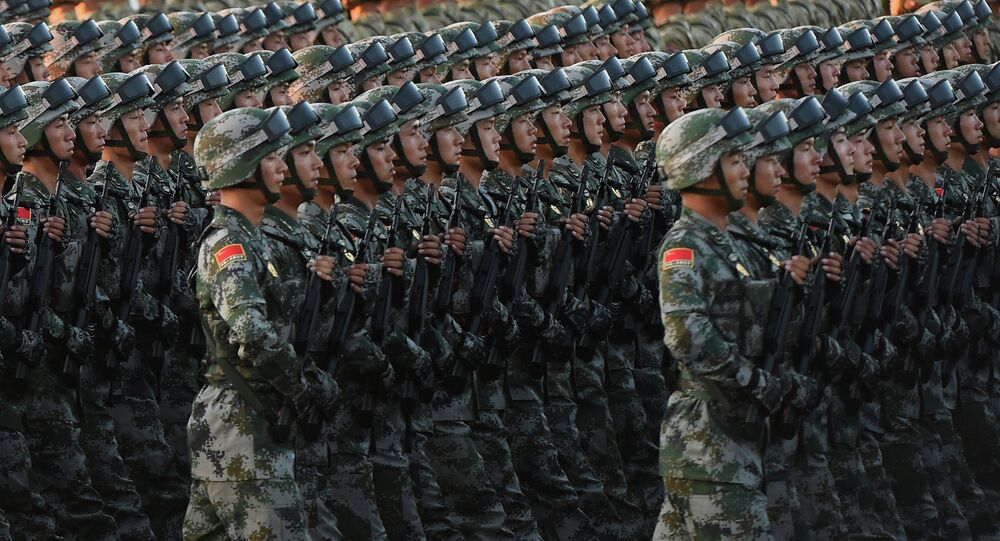 The two Asian giants have been involved in a tense military face-off since April this year as both sides have accused each other of crossing the loosely demarcated Line of Actual Control in the eastern Ladakh region. On 15 June, 20 Indian soldiers were killed in the first violent clash at the border in 40 years.

India's key opposition leader Rahul Gandhi has faced a barrage of social media attacks from netizens for claiming at a public meeting that he would have “thrown out” the Chinese troops from the Indian territory had his Congress Party been in power.

“If we were in power, we would have thrown out China (troops from the People’s Liberation Army) 100 km away from the border in less than 15 minutes", said the Congress parliamentarian on Tuesday, addressing a public meeting in the northern state of Haryana.

However, Rahul’s remarks didn’t go down too well with social media users, who sought to remind the Congress leader that his great grandfather Jawaharlal Nehru was the prime minister when India lost a border war to China back in 1962.

I can go on and on about the tragedy of this statement, but will mention the most famous of all.

In 1958 (IIRC) when inputs came in that Cheeni's were building a road in Aksai Chin, Nehru told in the parliament, 'not even a blade of grass grows there'. So much for 'Deshabhakti'. https://t.co/eSnTXhvbwM

Who has given Aksai Chin?
India lost to China in 62 due to myopic vision and mediocre leadership of Nehru ji.
Who gave UN Permanent membership to China?
Have you heard," Gas to the World ash to Country and cash to the family"?? https://t.co/ZrgUmCaGSv

During his speech, Rahul lashed out at Indian Prime Minister Narendra Modi for denying that Chinese troops had intruded into India's territory in the eastern Ladakh region, located near the tri-junction of India, China, and Pakistan.

“The coward PM says nobody has intruded into our land. Today, there is just one country in the world whose land has been taken by another country. And the PM calls himself a patriot”, Rahul thundered during his speech. He was referring to Prime Minister Modi’s remarks during an all-party meeting in June on Chinese border incursions. Modi famously declared back then that Chinese forces hadn’t occupied Indian land, in the wake of deadly clashes between the forces of the two countries in the Galwan Valley.

Rahul claimed that approximately 1,200 square kilometres of Indian territory have been occupied by China since May this year in the Ladakh region.

Beijing and New Delhi have held six rounds of military commander-level talks in a bid to find a peaceful resolution to the standoff.

Officials from the two countries also met for a 19th meeting of the Working Mechanism for Consultation and Coordination on India-China Border Affairs (WMCC) on 30 September.

“The two sides attached importance to the meetings between the two Defence Ministers and the two Foreign Ministers held earlier this month. They also noted that the agreement between the two Foreign Ministers should be sincerely implemented to ensure disengagement at all the friction points along the LAC”, read a press release from India’s Ministry of External Affairs (MEA) after the meeting.