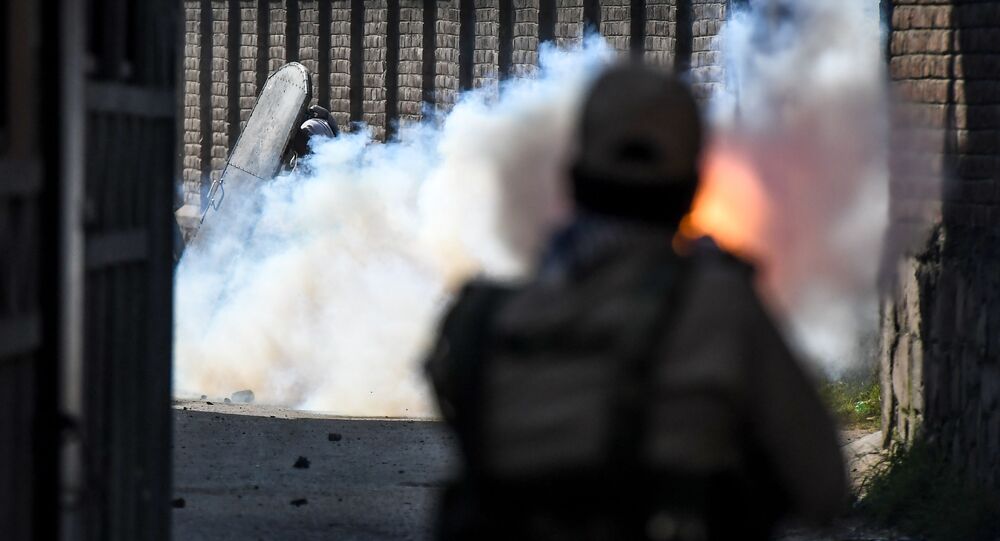 Indian security forces have gunned down two unidentified terrorists in an ongoing encounter in the village of Sugan in south Kashmir.

The operation continued overnight after the security forces received specific information about the presence of militants in the area. The hideout of the terrorists was encircled and two militants were killed during the operation, said a police official.

Internet services have been snapped in the Shopian district as a precautionary measure.

Terrorists in Indian-administered Jammu and Kashmir continue to target security forces and political leaders despite thousands of additional troops being deployed following the revocation of the state's quasi-autonomous status in August 2019 by the Narendra Modi government.

On Tuesday evening, terrorists attempted to assassinate Bharatiya Janata Party (BJP) leader Ghulam Qadir in the Ganderbal district but he survived due to quick action by his personal security officer (PSO) Ct Altaf. Altaf later succumbed to his injuries.

In another attack on Monday, five Indian soldiers were critically wounded, two of whom later lost their lives, after terrorists opened indiscriminate fire on a checkpoint at the Pampore bypass on the outskirts of Srinagar.

The Indian Ministry of Home Affairs (MHA) on 16 September maintained that terrorist incidents in Jammu and Kashmir have gone down by 54 percent since the abrogation of Article 370 in August 2019. It stated that there have only been 206 violent incidents since 5 August 2019, as compared to 443 incidents in 2018 and 2019.