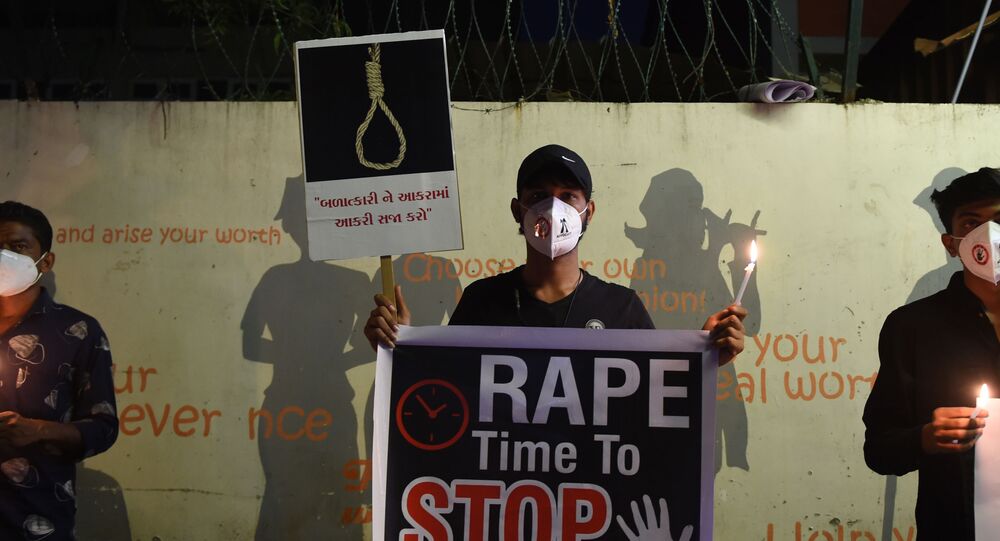 Following a huge public backlash over the recent gang rape and subsequent death of a Dalit girl in Hathras in BJP-governed Uttar Pradesh, India’s Prime Minister Narendra Modi has ensured strict action against the accused. However, Dalit leaders allege that the suspects are being shielded by BJP supporters because they belong to the upper caste.

India’s federally governing Bharatiya Janata Party (BJP) is “scared” of facing the reality of the Hindu religion, which is driven by caste differences, claims Chandrashekhar Azad, head of the socio-political outfit Bhim Army, which is a Dalit rights organisation in India.

“No matter how hard it tries, the BJP can’t ignore the basic reality of Hinduism. What’s happening in the country (protests and counter-protests) scares them. It is not what the Rashtriya Swayamsevak Sangh (RSS) wants”, Azad told Sputnik.

The Bhim Army leader was referring to the governing party’s frequently repeated commitment of removing caste barriers among India’s approximately 800 million Hindus, which analysts say is a political ploy to consolidate the voters in its favour.

“The Dalits are not equal in their worldview. We are only better off than Muslims in the eyes of BJP’s policy-makers”, Azad added.

Dalit is the word used for the oppressed community in India’s hierarchical caste system.

"We are just votes for them. No matter how hard they try, they can't run away from the truth. The upper castes in the BJP's leadership think they can rape a Dalit woman with impunity. It is a sense of caste privilege", the Dalit rights’ activist added.

His comments were made following a gang rape in Hathtas, Uttar Pradesh, where a 19-year-old Dalit woman is said to have been brutally assaulted by four men from the upper caste in mid-September. She succumbed to her injuries two weeks later and her body, according to her family, was forcefully cremated by Uttar Pradesh officials, who refused to let her body be transferred to her home city.

© AFP 2021 / SAM PANTHAKY
BJP Politician Speculates About Hathras Gang Rape Victim Having Affair With One of Suspects
The 33-year-old lawyer-turned-activist has demanded Y-level security for the 19-year-old deceased victim’s family in the face of the alleged threats they are facing from members of the upper caste community in their native village in Uttar Pradesh’s Hathras town. The local police have also filed an FIR against Azad for allegedly violating prohibitory orders at the victim’s home after he visited the family on Sunday.

“They charge me under Section 144 (prohibiting assembly of five or more people) when I pay a visit to meet the bereaved family members. On the other hand, upper-caste men are allowed to hold gatherings in the village to express solidarity with the accused”, lamented Azad.

He warned that unless the state authorities “stopped shielding the upper-caste accused”, he would continue to organise demonstrations against the governing party.