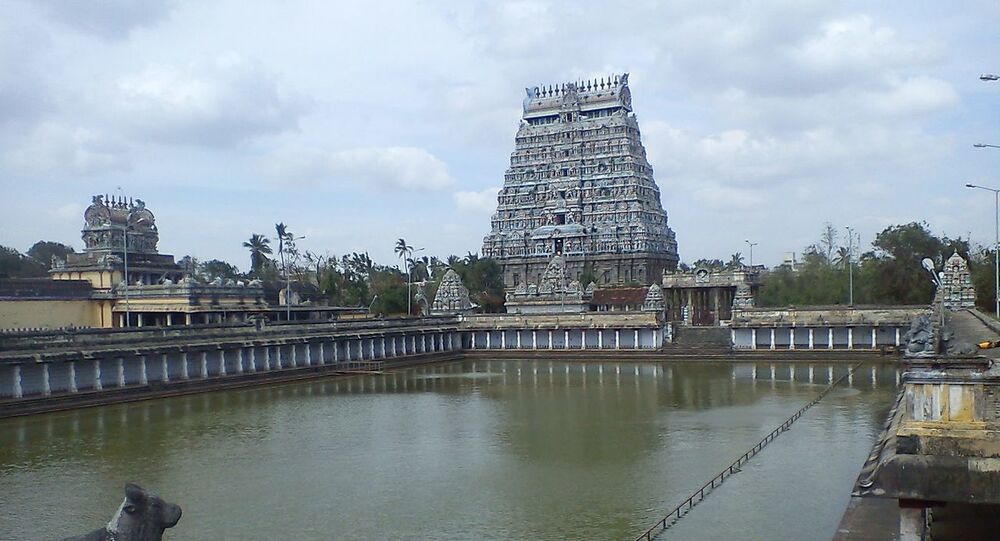 India, which is often called the spiritual capital of the world, is no stranger to the concept of god. In its vast diversity, Indians bow their heads to millions of gods, in fact, Hinduism alone – which is the world’s oldest religion dating back 4,000 years – encapsulates traces of 33 million deities that are worshipped around the globe today.

While the debate about science versus god is set to go on for years to come, "signs from god" keep making their way into stories every once in a while. For instance, this video from the Tamil Nadu-based Thillai Nataraja temple shows ornaments on a Shiva idol reacting to Sanskrit chants.

Also known as the Chidambaram temple, the ancient southern Indian shrine has antique idols of Lord Shiva including the most famous, where Shiva stands still in a dance pose creating his avatar of the "Nataraja" – or the King of Dance.

This enchanting video is making the rounds on Twitter and has captured oscillatory movements in the heavy gold ornaments donned on the Shiva idol while the temple walls echo to the sounds of Sanskrit chants being recited by worshippers.

​Netizens coming across the video are making sure to drop in an "Om Namah Shivaya" in the comments – taking a moment amid a busy Tuesday to think about god in these testing times.

Written in Sanskrit, "Om Namah Shivaya" is one of the most popular Hindu mantras and it translates to "salutations to Lord Shiva" in English.