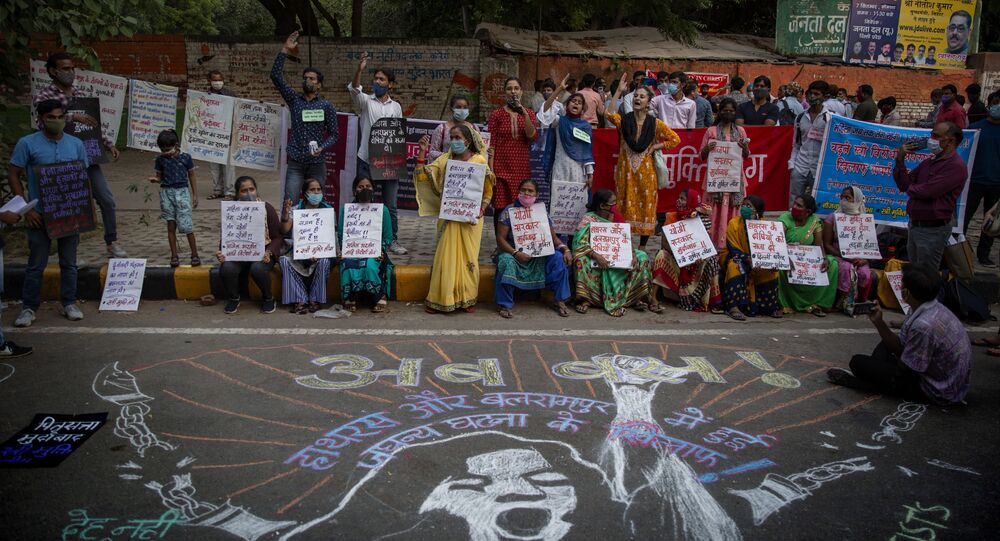 The brutal gang rape and murder of a 19-year-old woman in Hathras district of Uttar Pradesh state has triggered a nationwide uproar. The opposition has been demanding the resignation of the state chief over the scandal.

Students from India's top management institute have written to Indian Prime Minister Narendra Modi about the Hathras gang-rape, urging him to ensure that the victim's family is not "intimidated, but supported to get justice".

The family of the girl belonging to the Dalit community - the lowest level on the Indian caste system - claims that they are being threatened by the upper caste Thakur community in the village. The four accused who have been arrested for the crime belong to the Thakur community.

"They (upper caste men) said if our boys are punished, we will make sure you do not live," the victim's mother told the media.

Highlighting the issue in the letter, the students from the Indian Institute of Management in Bangalore said that justice is for everyone, especially for the poor and marginalized communities which are targeted and abused on the basis of their caste or religion.

The heat and anger over the death of the woman, who succumbed to her injuries in a Delhi hospital on September 29, intensified when the family claimed that the Uttar Pradesh police cremated their daughter , without letting their daughter's body be brought home one last time.

"We demand that in addition to the perpetrators of the rape, those who seek to bury this matter with such impunity are also punished," the letter urged.

The harrowing rape incident took place on 14 September in the northern Indian state of Uttar Pradesh, which has been under the lens with several rape incidents coming to light in the past few months.

While a probe by the country's top agency - Central Bureau of Investigation - has been ordered by state chief Yogi Adityanath, the opposition has been demanding his resignation. Protests over the issue have been taking place all over the country, with the opposition urging Modi to speak up.

The Hathras administration and the police have also come under fire for their "inefficient and insensitive" handling of the incident.