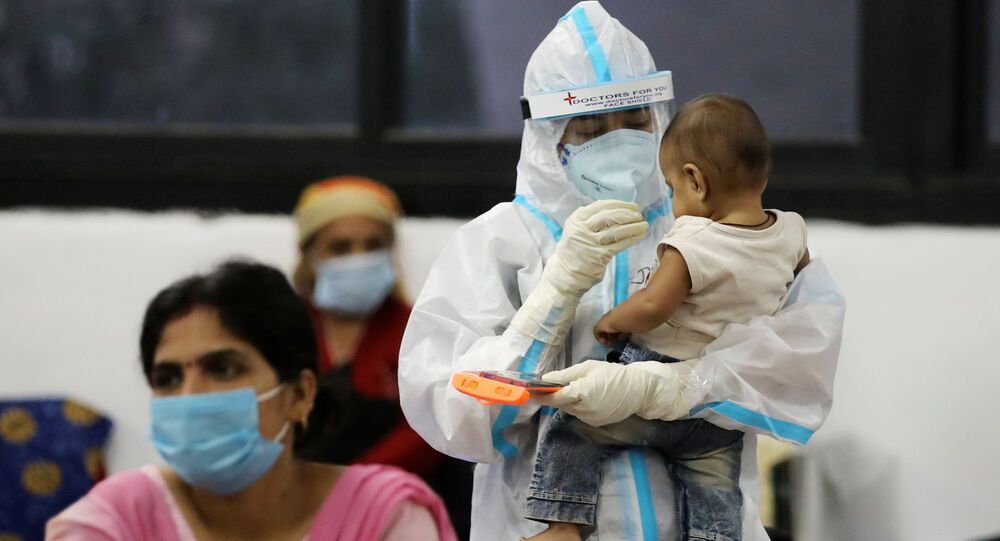 Coronavirus has thrown up several challenges to medical professionals and scientists in India, just as everywhere else around the globe. Initially they held that children were not susceptible to COVID-19 infections, but several studies later contradicted widely-held beliefs and suggested children could spread the viral infection among themselves.

An extensive study of COVID-19 in India, conducted by a scientist at the University of California, Berkeley, has come up with several surprising observations about the spread of the contagious infection.

According to epidemiologist Joseph Lewnard, who led the study in some Indian states, children of all ages are susceptible to the infection and spread the virus to others.

The researchers estimated an overall case fatality ratio at 2 percent — ranging from 0.05 percent among children to 17 percent for those over 85 years old — and identified lasting reductions in transmission after India initiated its nationwide lockdown in March.

"Our analysis suggests substantial variation in individuals' likelihood of transmitting: no secondary infections were linked to 71% of cases whose contacts were traced and tested", the study published in the journal Science has suggested.

With regard to kids, the study adds: "While the role of children in transmission has been debated, we identify high prevalence of infection among children who were contacts of cases around their own age; this finding of enhanced infection risk among individuals exposed to similar-age cases was also apparent among adults".

The study was a part of an ongoing collaboration among epidemiologist Lewnard, the Indian states of Andhra Pradesh and Tamil Nadu, and the independent public health research organisation Centre for Disease Dynamics, Economics and Policy (CDDEP).

It further states that school closures and other non-pharmaceutical interventions during the study period may have contributed to reductions in contact among children.

"Nonetheless, our analyses suggest social interactions among children may be conducive to transmission in this setting", it explains.

The scientists had an explanation for the lower incidents of cases and mortality in adults in these states (Tamil Nadu and Andhra Pradesh). They say it happened because of stringent stay-at-home orders for them, coupled with delivery of essentials through social welfare programmes and regular community health worker interactions.