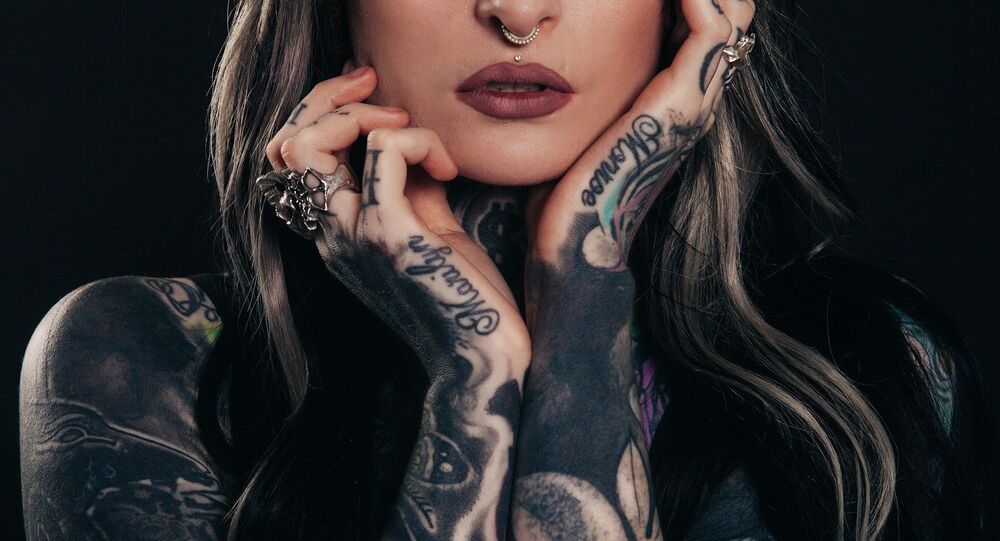 Ink Goes Deeper Than You Think: Indian Artists Say Tattoos are Marks of Awareness on Your Body

I was six years old when I first asked my grandfather what was that faded greenish ink that had rested on his forearm for what seemed like an eternity. I remember him telling me it was my grandmother’s name that he got at a local fun fair as a mark of commitment for his bride.

Tattoos, drawings of chapters of your story on the skin have been associated with India since ancient times. While today they are seen as a symbol of rebellion, tattoos were once marks of identification and promises. From the breathtaking wet mountains of the north east, to the desert states of Rajasthan and Gujarat – the art of tattooing has been traveling across the diverse Indian landscape, distinctly marking the moods of different stages of  the past and the present.

From Tribes to Trendsetters

Research indicates that the first trace of tattoos on Indian skins were those of the ancient cave carvings that mere mirrored on the bodies of tribal Indians. While some Indian ethnic groups got inked with “jewelry designs” that would stay forever, some Indian tribes used tattoos to make their women “unappealing” to men of other tribes.

“Tattoos are marks of awareness on your body,” Tripti Dhiwar, a 28-year old artist residing in Pune – the city known as India’s “youth capital” told Sputnik. Dhiwar has been inking contemporary emblems with elements of realism and spontaneity on the bodies of tattoo fans, who often say “it does not hurt as much as you think, it really just feels like a pinch,” accompanied by a smile.

“A tattoo is something that relates you to your spiritual journey. They are reminders of whatever made you feel awakened or alive. People must look at tattoos as symbols of awareness than just looking at it as a style statement. Body ink should definitely have a connection with you. I believe a tattoo signifies self realizations,” said Dhiwar, who is famous for “concept-based” tattoos – special creations for specific body parts – including portraits of gods, goddesses, pets and loved ones.

Despite its ancient roots, in recent years the Indian societal system has begun to witness tattoos, piercings and other types of body art as “unprofessional”. With the social media revolution however, the habitual need to express oneself has gotten more and more people opting to map their journeys on their bodies.

Tattoo artists in India charge between $34 to over $1,000 – depending on size. Artists say once they get through the initial bumps of actually starting a tattoo-place, everything else is pretty “comfortable” – in terms of earning money and enjoying every day at work – even Mondays.

Tattoos on the bodies of influential and inspiring artists, sportspersons and celebrities – most of whom are driven by passion to mark a commitment towards their art, games and roles and put that up on social media has also been influencing young Indians to get inked.

Sputnik got in touch with Vikas Malani, the Mumbai-based celebrity body artist and the founder of international tattoo brand called “BodyCanvas” with stations in Delhi and London, UK. He has worked with Bollywood-Hollywood actress Priyanka Chopra Jonas to celebrities including Bollywood heartthrob Sidharth Malhotra, former skipper MS Dhoni as well as TV hosts Raghu Ram and Rajiv Ram.

“Tattooing is an intricate artwork that requires concentration, and a sense of responsibility because it is impossible to correct a messy design or an imperfect line once it is inked. The job gets highly sensitive especially when celebrities are involved. We cannot risk even minor mistakes when we work with celebrities,” Malani told Sputnik.

The artist who has remained on top of his game for over 12 years took a nostalgic trip down memory lane when he revealed how tattoos fascinated him during his late teens. Malani’s incorporated his first tattoo on his mother’s arm where he depicted the sun as a symbol of energy. The happy tears in his mother’s eyes were an elixir of success for Malani.

“I started tattooing at a time where the art and its artists were not very ‘righteously’ popular among people, so we faced real challenges in establishing our studio and getting clients. Well, instead of renting a room in a pre-existing parlor, we established an individual studio,” the ink-credible artist said.

The artist agrees that his job has given him “experiences of a lifetime” – with the opportunities to understand so many minds, and leave a piece of his art on their bodies, just gives a next level kick. His work with attack victims has been one of the most cherished feathers on his hat.

For other Indians, who are still thinking whether or not to get tattoos, henna designs are very popular.

Well, that is what my grandfather asked me to did ask me to try out some henna designs, that fade in around a week or two, before getting a permanent one done given the "fickle" mindsets he thinks our generation "struggles" with.