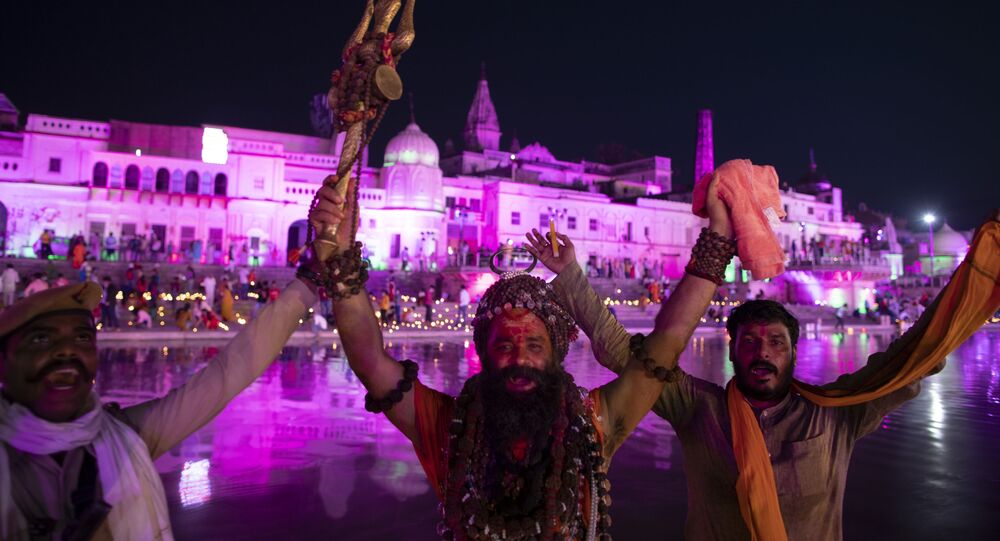 A special court under India's premier investigative agency, the Central Bureau of Investigation (CBI), has absolved all 32 people, including senior leaders from the ruling BJP, of any role in the demolition of the Babri Mosque. Located in Uttar Pradesh, the 16th century mosque was brought down by an irate mob of Hindu nationalists in 1992.

The acquittal of senior leaders from India's governing Bharatiya Janata Party (BJP) in the legal case over the demolition of the Babri Mosque will be a shot-in-the-arm for the country's Hindu nationalists, say political experts.

Nilanjan Mukhopadhyay, a veteran journalist and biographer of Prime Minister Narendra Modi, tells Sputnik that the verdict will strengthen the "Hindu nationalist" agenda of the Sangh Pariwaar, the umbrella movement of Hindu nationalist organisations. The ruling BJP is seen as the political wing of the Hindu nationalist movement.

"It is only a matter of time before they put the mosques in Varanasi and Mathura on their agenda", reckons Mukhopadhyay.

The reference is to renewed demands by the Hindu nationalist allies of the current government to raze the mosques in the two Indian cities in the northern state of Uttar Pradesh and erect temples in their place.

Mukhopadhyay suggests that Indian Muslims will be "disheartened" by the court's verdict.

"Even in the judgment in the Ayodhya title suit last year, the Supreme Court had noted the criminality of razing the Babri Masjid. The judgment today is even against the spirit of last year's ruling", the author highlighted.

He said that the court had overlooked the fact that the demolition of the Babri Mosque had been on the agenda of the Vishwa Hindu Parishad, an ally of the BJP, in the lead-up to the 1992 incident.

Neeru Chandhoke, a political commentator and formerly a professor of political science at Delhi University, tells Sputnik that she wasn't "surprised" by the ruling.

"It was very much predictable", she believes.

She laments that the court overlooked a previous inquiry report that had nailed the role of senior BJP leaders in the alleged conspiracy to demolish the Islamic structure in Ayodhya, in a reference to the Liberhan Commission report.

© AP Photo / Manish Swarup
Timeline of Babri Mosque Demolition Case as Indian Court Acquits All Accused
Led by former High Court judge Justice MS Liberhan, the one-member fact-finding committee was formed by the Indian government in 1992 to investigate the demolition of the Babri Mosque. In the final report that the retired official reportedly submitted to former Prime Minister Manmohan Singh in 2009, he held senior BJP leaders such as LK Advani, Murli Manohar Joshi, and Uma Bharti as culpable in the conspiracy to raze the Babri Mosque.

On Wednesday, all of the accused in the Babri Masjid demolition case were acquitted by the Special Central Bureau of Investigation (CBI) Court in Lucknow, Uttar Pradesh after a judge ruled that there was insufficient evidence against the suspects.

"The incident was not pre-planned. The leaders present there actually tried to control and pacify the mob", the judge ruled, explaining that there was no criminal conspiracy tp attack the mosque by Hindu hardliners.