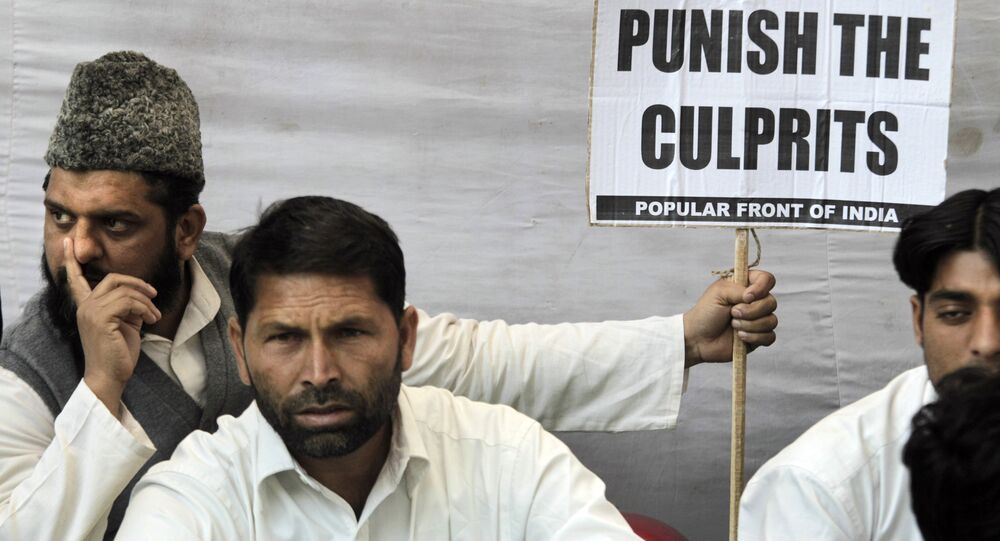 Hundreds of "anti-social elements" pulled down a disputed 16th century structure in Ayodhya, Uttar Pradesh on 6 December 1992 sparking some of the worst communal riots in the history of independent India. Several leaders of India’s ruling nationalist Bharatiya Janata Party (BJP) and its ideological allies were accused in the case.

Bringing the curtain down on a 28-year-old case involving the demolition of a disputed structure known as Ram Janambhoomi-Babri Mosque in Ayodhya in Uttar Pradesh, a special court acquitted all of the accused, including two former chiefs of India’s federal nationalist Bharatiya Janata Party – Lal Krishna Advani and Murli Manohar Joshi in the absence of evidence and held that the structure was demolished by "anti-social elements".

As a special court in Lucknow, the capital of Uttar Pradesh, pronounced its judgement after almost three decades, here are the key developments that led to Wednesday's verdict.

6 December 1992: Hindu zealots demolish the 16th Century Babri Masjid (mosque), which they believed was constructed at the birthplace of Lord Rama, a hugely revered Hindu God, in Ayodhya, in the state of Uttar Pradesh.

16 December 1992: The federal government orders a judicial probe into the circumstances leading to the demolition of the Babri mosque and the role of political and executive heads of Uttar Pradesh. A sitting judge on the Punjab and Haryana High Court, Justice Manmohan Singh Liberhan, was appointed to head the probe.

"The sequence of events leading to and all the facts and circumstances relating to the occurrence in the RJBM (Ram Janambhoomi-Babri Masjid) Complex at Ayodhya on 6th December 1992 involving the destruction of the RJBM structure".

The role played by the state chief, members of the Council of Ministers, officials of the government of Uttar Pradesh and by individuals, concerned organisations and agencies or in connection with the destruction of the Ram Janambhoomi-Babri Masjid structure".

5 October 1993: The federal probe agency, the Central Bureau of Investigation, files a case on the basis of those filed by Uttar Pradesh, against 49 people, including senior leaders of the BJP and Shiv Sena, a regional Hindu nationalist party.

27 August 1994: A special judicial magistrate transfers the case to a lower court finding prima-facie evidence against those named in the charge sheet.

9 September 1997: A lower court orders all persons named in the charge sheet to be present in the court on 17 October 1997. While one of the persons named in the charge sheet – Vijayraje Scindia died, another person Laxminarain Mahatyagi obtained a stay from a higher court. The lower court then confirmed cases against the remaining 47 individuals.

19 September 2003: The special court, which exempted then-Deputy Prime Minister Lal Krishna Advani from the case, orders issuance of a charge sheet against other BJP leaders including Murli Manohar Joshi.

5 July 2005: The High Court of Allahabad stays the order exempting Lal Krishna Advani from the case.

"There is not a judicial remedy for every political mischief under our Constitution..... Urgent action is needed if it is not to become epidemic, a radical disease threatening the very survival of Indian society", wrote Justice Liberhan in his report.

20 May 2010: The Allahabad High Court endorses a lower court decision to exempt several BJP leaders including Lal Krishna Advani from the case.

19 April 2017: India’s Supreme Court orders the reinstatement of the case against Lal Krishna Advani and others.

30 May 2017: The special CBI court frames charges of criminal conspiracy against 32 persons including Lal Krishna Advani, Murli Manohar Joshi, Uma Bharati and others, who were earlier exempted from the case.