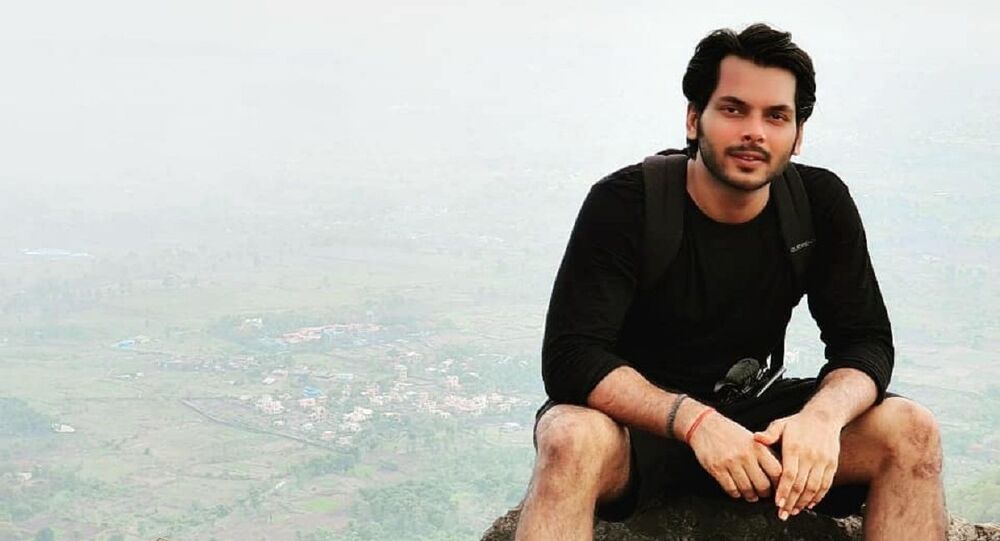 Akshat Utkarsh, 26, was from the Indian state of Bihar. Two years ago, Akshat moved to Mumbai to try his luck in Bhojpuri (regional) films, after finishing his MBA studies in Lucknow. The actor reportedly worked in an upcoming film called "Litti Chokha".

Akshat Utkarsh, originally a native of Bihar's Muzaffarpur district, was found dead at his Andheri apartment in Mumbai on Sunday night. He allegedly committed suicide using a towel.

So down to earth guy..... Love u mika paji #mikasingh

According to the Mumbai police, Akshat’s girlfriend Sneha Chauhan, who was staying with him along with another roommate, informed the police about the incident.

Someshwar Kanthe, a senior police inspector at the Amboli Police Station, told the Indian daily the Hindustan Times, "At around 11:30 p.m. she (Sneha) woke up to use the washroom, she found Akshat hanging in his room, after which she immediately called the police. A team of police officials rushed him to a private hospital where he was declared dead before arrival".

Police have ruled out any foul play based on an initial investigation.

His death has left his family and friends stunned. No suicide note was found.

While Mumbai police have cited depression due to lack of work during the lockdown as the possible reason for his suicide, Akshat’s family claims it’s murder and that the police didn't even lodge an FIR (complaint) or investigate the matter properly, the Hindustan Times reported.

The late actor's maternal uncle Ranjit Singh told the media that Akshat last spoke to his father, Vijayant Chaudhary on Sunday evening. Hours later the family learned about his death.

Following a post-mortem, police handed over the body to the late actor’s family on Tuesday. The family has taken it to their native place in Muzaffarpur for the last rites.