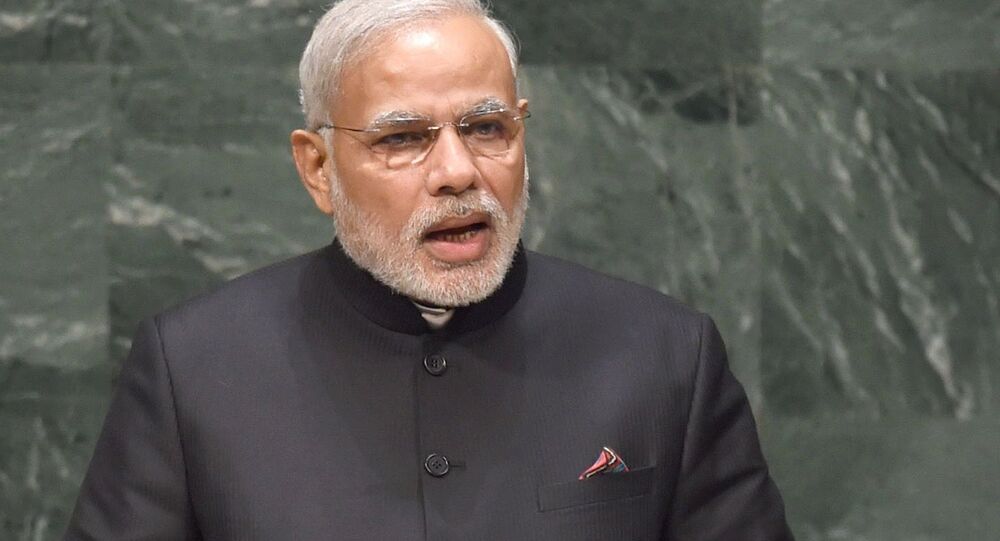 Prime Minister Narendra Modi prominently questioned the UN’s reluctance to include India in its decision-making structure during his video address to the General Assembly on Saturday.

Pakistan has accused Indian Prime Minister Narendra Modi of trivailsing his UN General Assembly address while ignoring some of the key issues facing his country.

Munir Akram, Islamabad’s envoy to the United Nations, said in a statement that Modi had played up "trivial issues", while ignoring key ones the world was interested in, as per a report in the English-language daily Dawn on Monday.

The news report was re-tweeted by Akram from his social media handle.

Further criticising the Indian PM's speech for being “divorced” from reality, Akram remarked that the world wasn’t interested in how many Indians defecate in public.

The oblique reference was to Modi’s UN address on Saturday, underlining that since 2014, 600 million Indians had been freed from open defecation due to the policies of his government.

The Pakistani diplomat complained that the Indian prime minister's speech didn’t touch upon the Kashmir dispute, the question of Palestinian statehood, or climate change.

Provoking a sharp reaction from New Delhi during its "Right of Reply" later in the day, Pakistani Prime Minister Imran Khan said in his address to the UNGA that: "The one country in the world today where, I am sad to say, the state sponsors Islamophobia, is India. The reason behind this is RSS ideology that unfortunately rules India today".

India's First Secretary Mijito Vinito had retorted that Pakistan should stop “misusing” the UN to advance its “nefarious agenda”, as he reminded Islamabad of accusations of persecution of minorities under the Imran Khan government.

India Hits Out at Pakistan in Geneva

The war of words between the two rivals was also witnessed at the UN Human Rights Council in Geneva, with India alleging that an “orchestrated mass influx” of outsiders into Pakistan-administered Kashmir had changed the demography of the region.

“It’s baffling that there are three outsiders for every four [people] in the Pakistan occupied parts of the Indian Union Territories of Jammu and Kashmir and Ladakh", Pawan Badhe, India’s First Secretary at its Permanent Mission to Geneva said.

The Indian diplomat was exercising his “Right of Reply” in a discussion on the human rights situation in the Indian side of Kashmir initiated by Islamabad.

During his remarks, Badhe also expressed concern over Islamabad using the territory of Kashmir on its side of the de-facto border (Line of Control) as a launchpad for terrorists.

The Indian representative also highlighted that as many as 4,000 proscribed terrorists had been de-listed in Pakistan just to sustain its “terror ecosystem”.

The two nuclear-armed neighbours have fought three wars over the Jammu and Kashmir region, which both of them control partly but claim in its entirety.