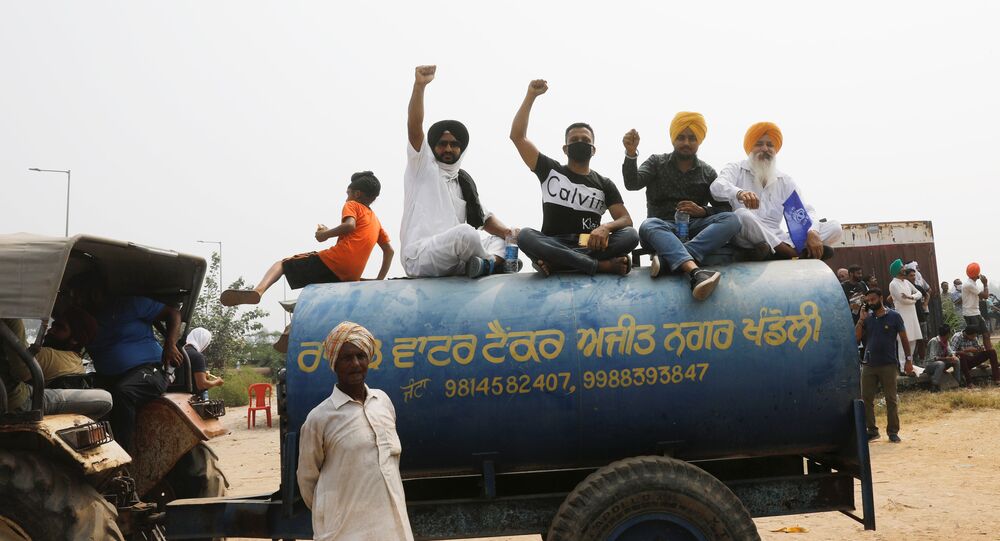 Farmers in India have been protesting against the three bills passed by the Indian Parliament during the Monsoon session. The reforms aim to bring structural changes to the Indian agricultural sector, which farmers maintain are against their interests.

The chief of India's breadbasket state of Punjab, Amarinder Singh, has maintained that protests by farmers could result in a security threat for the nation as weak and vulnerable ones are easy prey for the Pakistani intelligence agency ISI.

The head of the state is likely to take the matter before the Supreme Court, arguing against the recent agricultural reforms passed by the Indian Parliament earlier last week. The laws were noted in the Gazette of India on Sunday, with the assent of President Ramnath Kovind.

The northern Indian state of Punjab is at the forefront of the agitations and where a sit-in protest with the state chief against the farm bills at Khatkar Kalan took place on Monday.

During the demonstration, Singh said, "Pakistan’s intelligence agency ISI can take advantage of the present situation. Vulnerable protesting farmers are easy prey for ISI", while adding that agriculture is a state matter and the federal government cannot interfere.

Stating that the reform bills will boost the income of farmers, the federal government passed the Farmers' Produce Trade and Commerce (Promotion and Facilitation) Bill, 2020, the Farmers (Empowerment and Protection) Agreement of Price Assurance and Farm Services Bill, 2020, and the Essential Commodities (Amendment) Bill.

These bills will allow farmers to sell and produce for private players, in contrast to the present norm where they sell produce to government-regulated "Mandis" (marketplaces). It would also allow them to enter into contracts and produce for market players.

Farmers have expressed fears that this would lead to the elimination of the minimum support price (MSP) - guaranteed to farmers by the government. Questions have also been raised as to the farmers' capability to negotiate with private players.

The government, however, has maintained that MSP will not be scrapped and that it's the choice of respective farmers to sell produce to private players or the government marketplace.

Another agricultural state Haryana too has been witnessing massive protests, with demonstrations being held in other states as well.

Meanwhile, former chief of the opposition Congress Party, Rahul Gandhi, has termed the bills a death sentence and that their voice has been crushed in and out of Parliament. He is also expected to participate in the demonstration rallies in Punjab this week.