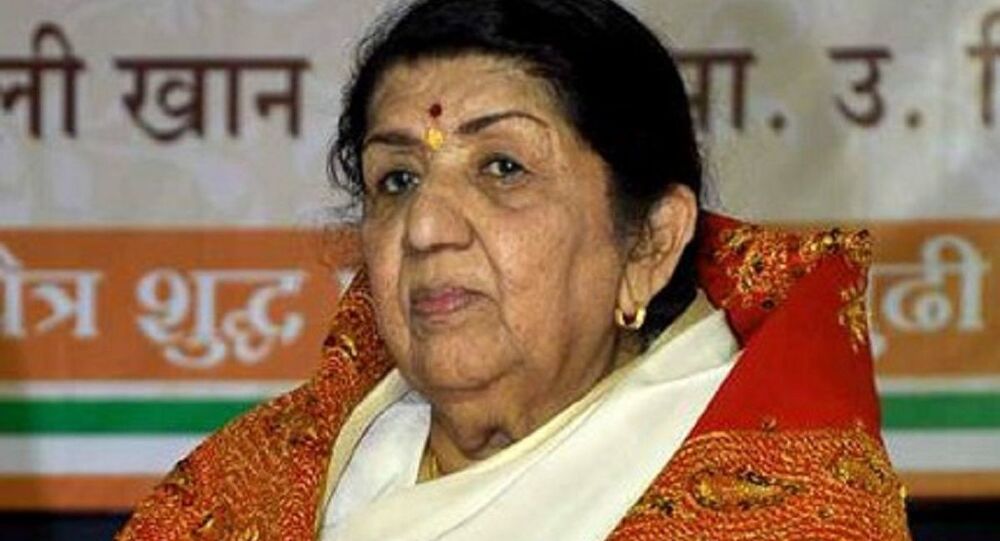 Not many may know that legendary Indian singer Lata Mangeshkar attended school for just one day. And after becoming a sensation, she was nearly murdered by an unidentified person slowly poisoning her.

Often called a "Nightingale" or the Queen of Melody, legendary Indian singer Lata Mangeshkar has won millions of hearts worldwide for decades with her soulful renditions. On her 91st birthday, social media has been flooded with well wishes from celebrities and fans across the country.

Mangeshkar, who has recorded more than 30,000 songs in 35 Indian and foreign languages, was honoured with the country's highest civilian award Bharat Ratna and Dadasaheb Phalke Award, the highest award in Indian cinema, in 2001 for her contribution to the nation.

​Mangeshkar’s journey has been full of ups and downs but her love for music and determination made her one of the strongest and most powerful female singers in the Indian music industry.

On her 91st birthday, Sputnik brings to you some interesting facts that will keep you intrigued and six of her most memorable songs.

Here are some lesser-known facts about her.

Some of Her Most Memorable Songs​

Here is a list of six memorable Hindi songs, viewed millions of times by users.

One of the most romantic works expressing eternal love, this song features actor Shah Rukh Khan and actress Preity Zinta and sung by Mangeshkar and Roop Kumar Rathod.

A duet by Mangeshkar and A.R. Rahman, this emotional song, expressing a mother’s feelings of losing her son in a plane crash, can give people the goosebumps. It features actress Waheeda Rehman along with Aamir Khan, Siddharth Narayan, Sharman Joshi, Kunal Kapoor, and Soha Ali Khan.

The foot-tapping song composed by Rahman and penned by lyricist Gulzar, featured Shah Rukh Khan and Preity Zinta, has got over 13 million likes on YouTube. The song has also been recreated by Indian students at the Berklee College of Music in Boston.

Another one of the most romantic songs, this classic was adapted into a film featuring late veteran actors. Sadhana Shivdasani and Manoj Kumar.

This patriotic song was composed to commemorate Indian soldiers who died during the China-India War in 1962. The song was first performed live by Mangeshkar on 26 January 1963, Republic Day of India.