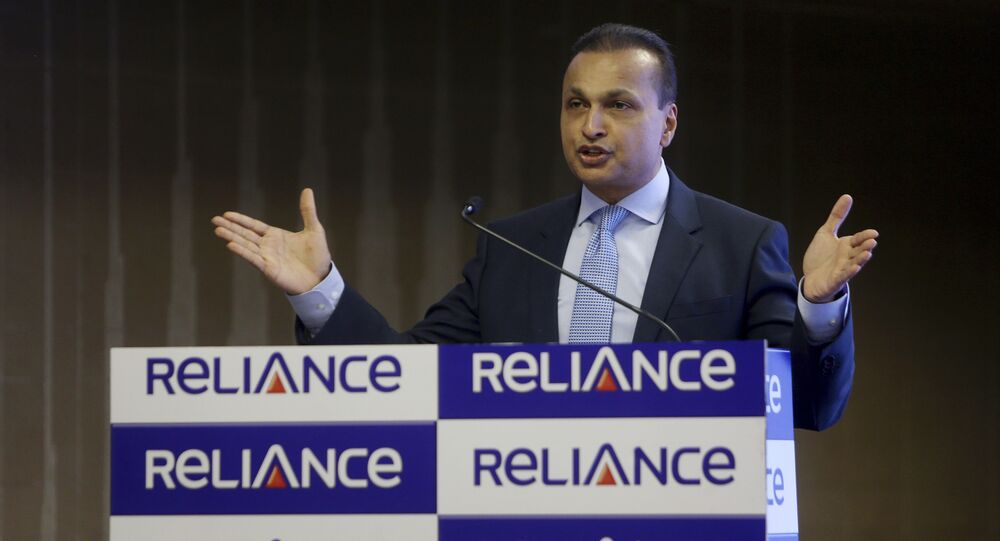 Once the world’s sixth richest person, India's Anil Ambani, pleaded before a UK court on 25 September that he has "zero net worth", saying he sold off all his jewellery to pay the legal fees for an ongoing case concerning debt repayment. Ambani's business group owes around $716 million to three Chinese banks.

Three Chinese banks – the Industrial and Commercial Bank of China, the Export-Import Bank of China, and China Development Bank – have decided to pursue enforcement action against Indian businessman Anil Ambani on his worldwide assets for recovery of more than $716 million in dues from him.

The banks claimed a breach of personal guarantee by Ambani on a debt refinancing loan. The banks' attorney Bankim Thanki said before a commercial court in the UK, that Ambani is "fighting tooth and nail to prevent having to pay us a penny".

The High Court of England and Wales in London on 22 May ordered Anil Ambani to pay nearly $716 million, which included the principal loan, interest, and legal costs to the three banks within 21 days. The court had ruled that a personal guarantee disputed by Ambani was binding on him.

Ambani was accused of putting his assets out of reach of creditors by transferring ownership in corporate entities.

On 25 September the younger sibling of Asia's richest businessman, Mukesh Ambani, during the hearing in the lawsuit claimed that he owns nothing meaningful, but is a "simple man of simple tastes" and owns just one car.

The State Bank of India (SBI) was also fighting a legal battle for recovery of dues from Anil Ambani to the tune of $233 million. SBI said Ambani personally guaranteed the loans taken by Reliance Communications, currently undergoing bankruptcy resolution.

Ambani had received a stay of payment on the dues from the High Court of Delhi, but SBI went before the Supreme Court of India to recover the dues earlier this month.