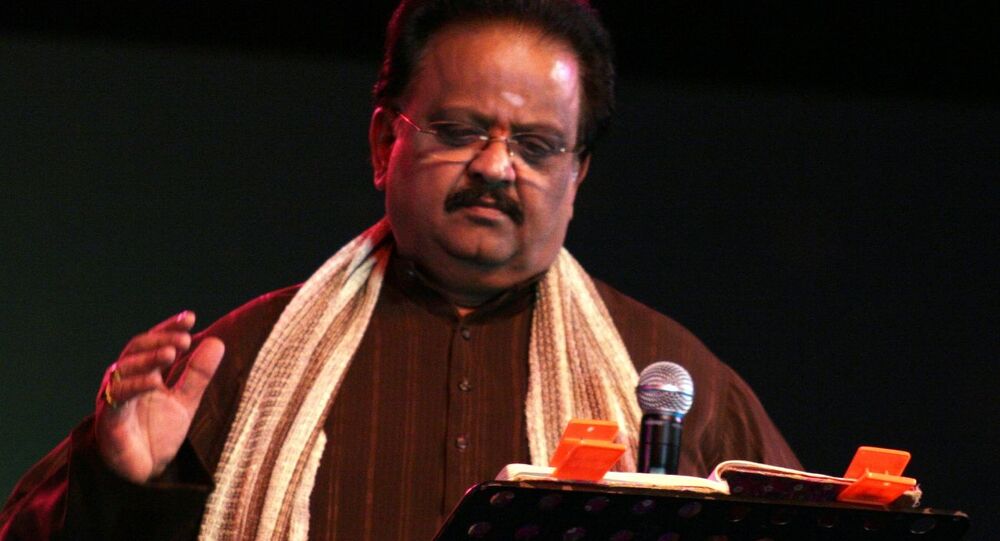 The great singer had held the Guinness World Record for singing the greatest number of songs and had recorded more than 40,000 hits in 16 Indian languages.

He tested positive for Covid-19 on 5 August and had been moved to Chennai's MGM Healthcare hospital. After his health deteriorated, he was put on life support on Thursday.

The singer started his career as a playback singer in 1966. He provided voiceovers for various artists, including Kamal Haasan, Rajinikanth, Vishnuvardhan, Salman Khan, K. Bhagyaraj, Mohan, Anil Kapoor and many others.

His death has left his millions of fans heartbroken and social media has been overwhelmed by the emotional outpourings from his admirers, including politicians and celebrities from both Bollywood and the Southern Film Industry.

With the unfortunate demise of Shri SP Balasubrahmanyam, our cultural world is a lot poorer. A household name across India, his melodious voice and music enthralled audiences for decades. In this hour of grief, my thoughts are with his family and admirers. Om Shanti.

#RIP Balu sir ... you have been my voice for many years ... your voice and your memories will live with me forever ... I will truly miss you ... pic.twitter.com/oeHgH6F6i4

Deeply saddened to hear about the demise of Balasubrahmanyam ji. Just a few months back I’d interacted with him during a virtual concert in this lockdown..he seemed hale, hearty & his usual legendary self...life is truly unpredictable. My thoughts & prayers with his family🙏🏻#RIPSPB pic.twitter.com/NytdM7YhBL

Heartbroken to hear about #SPBalasubrahmanyam sir... you will forever live on in your undisputed legacy of music! condolence to the family #RIP

​Great human being and an incredible singer...lucky to have had him dub for me...give his voice to my performances in my first Telugu and Kannada film...SP Balasubrahmanyam will be missed truly...my heartfelt condolences & prayers to the family... pic.twitter.com/bdQWiuXlQD

​​Rip SPB sir 💔💔the voice which will echo in everyone’s house forever, a family member in every household. Ur voice and U will continue to live with us for generations to come. My condolences to his family and dear ones. Thank you sir for everything sir. you will be dearly missed

Unable to process the fact that #SPBalasubramaniam garu is no more. Nothing will ever come close to that soulful voice of his. Rest in peace sir. Your legacy will live on. Heartfelt condolences and strength to the family 🙏

​Heartbroken💔💔💔 #SPBalasubrahmanyam sir...thank you for all the wonderful songs you sang and made us love you even more💔 you will forever live on💔😭 #RIP

​​Indian President Ram Nath Kovind also expressed his condolences on the death of the singer, who was the recipient of the country's third-highest civilian award Padma Bhushan.

In the passing of music legend SP Balasubrahmanyam Indian music has lost one of its most melodious voices. Called ‘Paadum Nila' or ‘Singing Moon’ by his countless fans, he was honoured with Padma Bhushan and many National Awards. Condolences to his family, friends and admirers.

A true loss to the world of Music...Heart breaking ... May his soul Rest in Peace. pic.twitter.com/3KG1JOcGLG