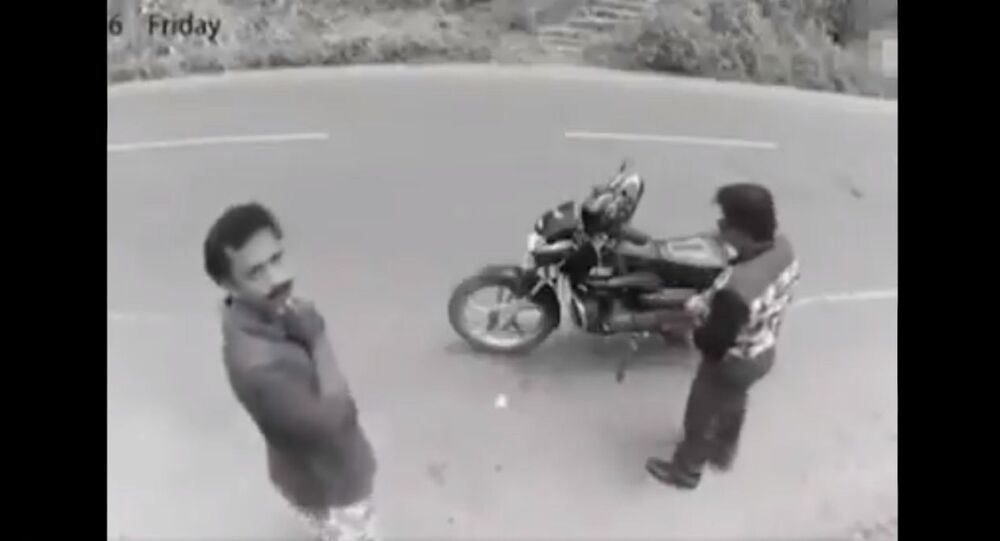 Watch Indian Pickpocket Realise He Was Caught Stealing on CCTV

The crowded streets and markets of India make for a worthy playground for the nation's pickpockets, who are notorious for their conniving attempts to steal from unsuspecting people. These well-trained thieves are able to swipe phones, jewellery and wallets within seconds.

Skilled gully thieves usually go unnoticed in the crowded streets of India, but one pickpocket, who successfully managed to extract a wallet from a man's pocket without detection, felt compelled to return it - only because he realised he was caught red-handed on CCTV. The hilarious video of the incident is now going viral on social media in India.

The snippet shows two men standing on the roadside. While one man is busy trying to fix his motorbike, the other quietly takes his wallet from his back pocket. The pickpocket then looks around to re-check if anyone noticed him, only to realise that a CCTV camera was filming it all.

Although the video does not show where this CCTV camera was placed, it is plausible that there was an ATM or a building nearby that had the security measure installed.

Upon fathoming that he was caught on camera stealing, the thief 'very cleverly' drops the stolen wallet on the ground and then nudges the biker – who was still busy fixing the motorbike – to inform him that his wallet was lying on the road.

The biker, without suspecting the other man to be a pickpocket, picks up his wallet, checks it and places it back inside his pocket.

Later, the CCTV footage shows the pickpocket turns to the camera to apologise with folded hands and seek forgiveness if anyone may have seen him in the act.

​The music that has been added to the video just makes it all the more funny, netizens commenting on the video noted.