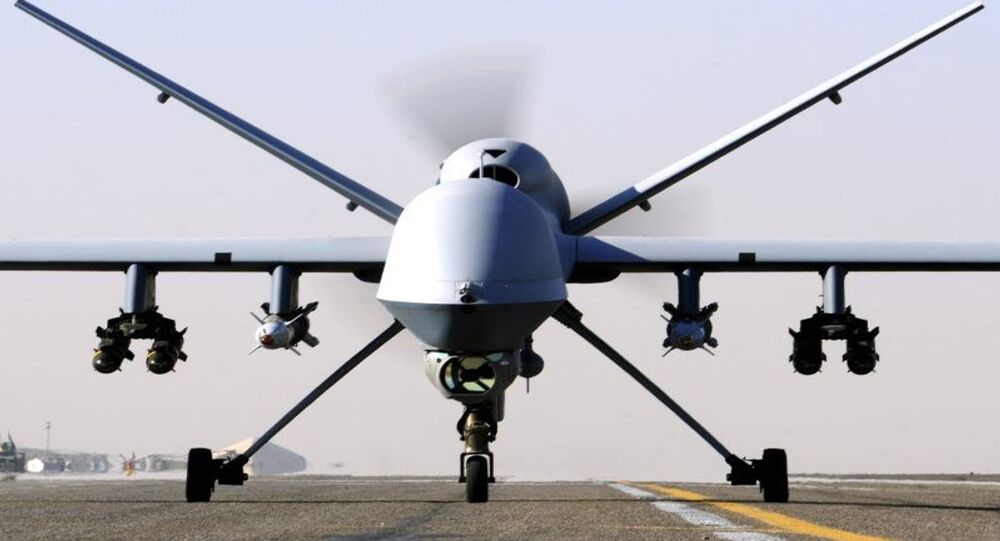 NEW DELHI (Sputnik) - India is planning to purchase 30 General Atomics MQ-9A Reaper drones from the United States for approximately $3 billion and use them in the border region with China as well as strategic waterways, India Today reported on Wednesday, citing sources.

The deal is expected to get an "acceptance of necessity" at an upcoming meeting of the Defence Acquisition Council, headed by Minister Rajnath Singh. Though the procedure is only the first step in weapons procurement, the deal, which has been in the pipeline over the past three years, will be fast-tracked.

Six drones are set to be acquired immediately and delivered in a few months, while the remaining 24 unmanned aerial vehicles are to be purchased over the next three years.

"The MQ9-A is satellite-steered, can float above the target at 45,000 feet and stay on task for 35 hours, using radar and electronic support measures to locate the enemy—it could be anywhere, the Gulf of Aden or the Malacca Straits or in Eastern Ladakh", a senior defence official told the newspaper.

The US is the second-largest exporter of arms to India after Russia.

Armed forces personnel from both countries clashed this past June in the Galwan Valley, where the Indian region of Ladakh borders China's Aksai Chin region, amid a territorial dispute between the two countries. An overnight skirmish claimed lives of at least 20 Indian soldiers in the area.

Further incidents have been reported as recently as 8 September.