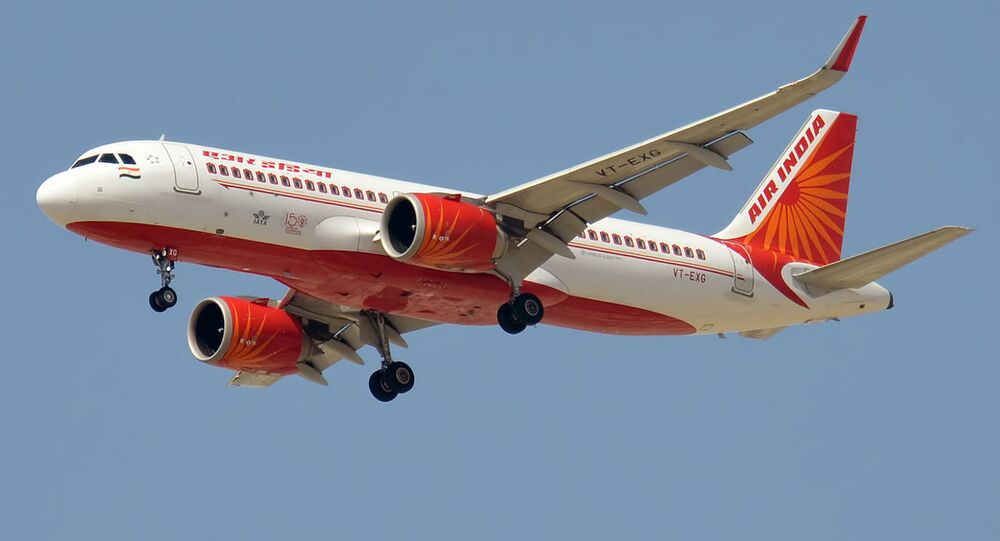 India resumed flight operations on 25 May after a two-month suspension in March to contain the spread of COVID-19. Domestic flights in India are operating to all routes, while international flights, with strict safety measures in place, are going only to select destinations under an “air bubble” arrangement set up by the Government of India.

India’s national airline Air India is set to start its own 'flights to nowhere' that will take off from and land at the same airport, taking flyers on a picturesque journey.

Air India officials told Sputnik that these scenic joy flights will be low-flying expeditions that give passengers an aerial tour of famous spots in India.

"What these spots will be is still being discussed, as is pricing and other modalities," an Air India spokesperson told Sputnik while adding that wide-body aircraft such as the US-manufactured Boeing-747 will be used for the service.

Another official familiar with the development said on condition of anonymity that the idea came to them after the Australian airline Qantas announced seven-hour-long flights in which the passenger is able to see attractions such as the world’s largest coral reef - the Great Barrier Reef, and Sydney Harbour.

© CC BY 2.0 / Mertie . / Qantas Dreamliner departing Adelaide
Qantas 'Flight to Nowhere' Tickets Sell Out Within 10 Minutes - Reports
As per reports, Qantas announced that tickets for the flights - priced between $575 and $2,765 depending on the class - were sold in 10 minutes. Apart from Qantas, many other airlines were found to be offering similar sightseeing flights.

The official said these 'flights to nowhere' will be something never experienced before in the country.

With the COVID-19 outbreak, many people have taken to social media to narrate how they feel about not being able to go on vacation or fly out of their cities.

Several people have also spoken about how they miss flying but cannot go to tourist destinations, as tourism is also affected due to existing restrictions in their countries.

However, health experts have warned that these flights may be an avoidable risk at a time when cases in India are still rising, and that only essential travel is recommended.

“The cases in the country are almost touching 100,000 a day. The numbers are on a continuous rise. With the cases still to peak in the country, such unnecessary movements need to be restricted,” said Dr. Anudita Bhargava, a noted virology expert at the All India Institute of Medical Sciences (AIIMS) in Chhattisgarh state.

As per the Indian government, the country has over 5.6 million COVID-19 cases. The data revealed that more than 4.5 million people have recovered from the virus while as many as 90,020 people have died from the infection so far.