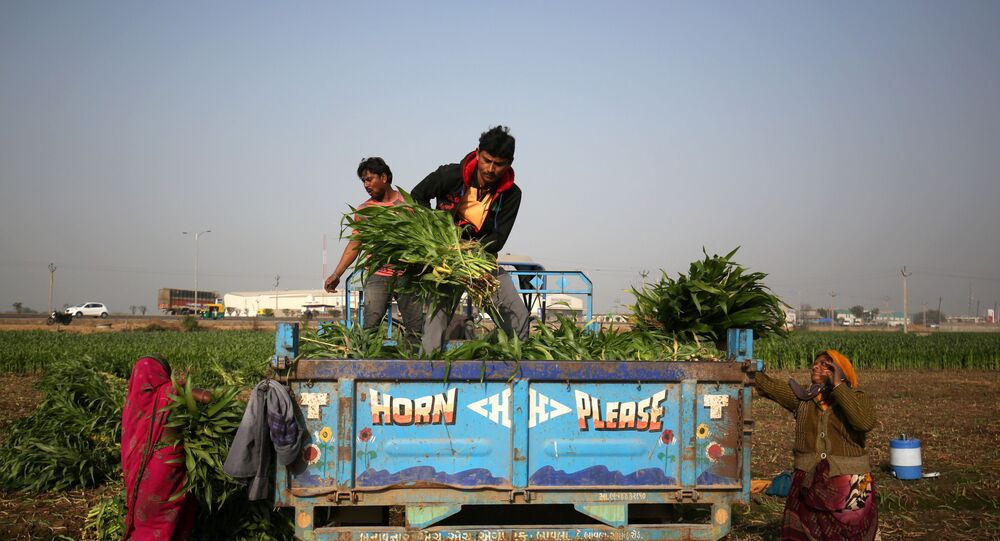 Farmers in India and opposition parties have been up in arms against two bills introduced by the federal government to bring farming into “a competitive pricing environment” and “modern trading system”.

While Indian Prime Minister Narendra Modi's central government has passed two bills to ensure that the farming sector experiences reform, they are witnessing stiff opposition from not only rival political parties in parliament but a big section of farmers as well.

What are the major concerns of farmers and opposition parties?

Farmers fear once the new legislation comes into force, they would lose MSP protection and would be at the mercy of corporate traders.

As most farm produce is perishable and most farmers have no access to cold storage or can afford to hold back  produce until they get a profitable price, they would be forced to sell their produce at the discretion of buyers.

The Farmers Produce Trade and Commerce (Promotion and Facilitation) Bill 2020 defines “trade area” as any area or location, place of production, collection and aggregation including (a) farm gates; (b) factory premises; (c) warehouses; (d) silos; (e) cold storage; or (f) any other structures or places, from where trade of farmers’ produce may be undertaken in the territory of India.

This trade area however, does not include existing trade areas established under a bill called Agricultural Produce Market Committee Act (APMC).

Many farmers rue that the existing APMC market places, which cater to 200-300 villages each, would remain within physical boundaries, giving free reign to large corporate buyers.

The government, on the other hand, says that the creation of additional trade areas outside the market places would provide farmers the freedom of choice to conduct trade.

Since 70-80 percent of Indian farmers have only small land holdings, the intent of this provision would not improve their situation.

Traders in the New Legislation

The new legislation defines a “trader” as one who buys a farmers’ produce from any state, for self or on behalf of one or more persons for retail, wholesale, end-use, value addition, processing, manufacturing, export or other such purposes.

The trader can operate in any trade area or the APMC market place.

The new legislation does away with market fees as it exists under any state's APMC Act. The government says this provision would reduce the cost of transactions and benefit both farmers and traders.

The Opposition-ruled state government claim that this would deprive them of revenue from market fees and also employment to a large number of commission agents.

Farmers accuse the federal government of incentivising big corporations by removing trade fees, suggesting that corporate traders would use the fee on trade to offer better prices to farmers in the initial days and, when the APMC market system collapses in due course, they would monopolise the trade.

The dispute resolution in the new legislation does not sufficiently safeguard farmer interests, say its antagonists, providing that in disputes arising out of a transaction between a farmer and trader, the parties may seek a mutually-acceptable solution through conciliation of a Sub Divisional Magistrate.

Farmers say this would place them in a disadvantageous position, as powerful corporate traders would manipulate the system against them. The farmers complain that the new legislation does not provide for adjudication in a civil court.

States ruled by Opposition parties allege the new farming legislation is an attack on the federal structure of the country. While agriculture is a state government subject, the federal government has usurped their powers through the new legislation, they suggest.

Modi claimed that in the past the laws and the system of production and the sale of produce had “tied the hands and feet of the farmers”, adding that the new agriculture reforms would give farmers freedom to “sell his crops, fruits and vegetables to anyone, anywhere.”