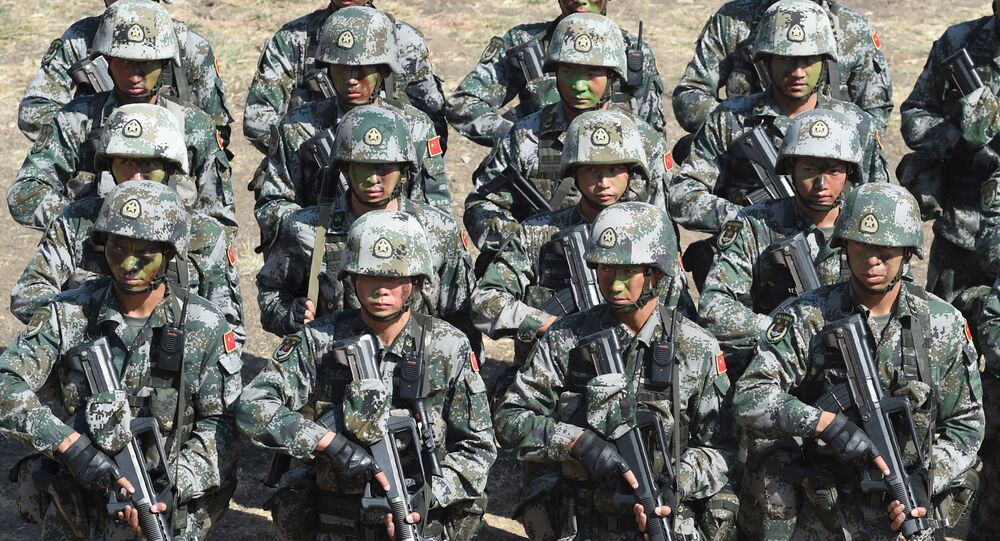 India expressed concern over the presence of Chinese troops in the Ladakh region during the meeting of foreign ministers in Moscow on the side-lines of the Shanghai Cooperation Organisation on 10 September. New Delhi pointed out that there was no credible explanation for the deployment from the Chinese side.

A report by Stratfor, a global geopolitical intelligence platform, has indicated that China has doubled its military build-up along the Indian border over the past three years.

The shift after the 2017 Doklam crisis appears to be part of a bigger strategy, similar to the one in the South China Sea, says the report, quoted by the Indian news channel NDTV on Tuesday.

"The timing of the Chinese build-up of military facilities along the border with India just prior to the ongoing Ladakh standoff suggests these border tensions are part of a much larger effort by China to assert control over its border regions", said Sim Tack, senior global analyst at Stratfor and the author of the report.

The report outlined China’s military infrastructure build-up through an analysis of satellite images.

© Sputnik
Shut the F**k Up: Indians Troll Global Times Editor for Saying India’s Military is No Match for PLA
“Once finished, this infrastructure will provide support for an even greater intensity of Chinese operations”, said the report, warning of its consequences for India, which was involved in a violent face-off with the People's Liberation Army of China in the Ladakh region in mid-June.

The report suggested that the build-up is far from complete.

“Chinese military activity that we are seeing along the border with India today is only the beginning of a longer-term intent", NDTV quoted the report as saying.

The report was released amid ongoing tensions between the armies of India and China, which had one of the worst face-offs in decades on the intervening night of 15-16 June, in which 20 Indian soldiers, including an officer, were killed.

According to Indian Defence Minister Rajnath Singh, “Our brave soldiers laid down their lives and also inflicted costs including casualties on the Chinese side”.

The minister, in identical statements in both houses of the parliament, said last week that “As of now, the Chinese side has mobilised a large number of troops and armaments along the LAC as well as in the depth areas”.

China has asserted that it has been honouring agreements between the two countries, but is committed to its sovereignty and territorial integrity.

"For the Chinese side, we have been honouring the agreements signed between China and India. We are committed to peace and stability in the border area. Meanwhile, we are committed to our sovereignty and territorial integrity", Chinese Foreign Ministry spokesman Wang Wenbin said on 17 September.

India and China have over Arunachal Pradesh in the northeast and in Ladakh. The two countries have been engaged in multi-level talks in order to resolve the issue, but, so far, to no avail.

The border between India and China covers the 3,488 km Line of Actual Control (LAC), which is a land border in most regions. But in the Pangong Tso area in eastern Ladakh, it passes through a lake.