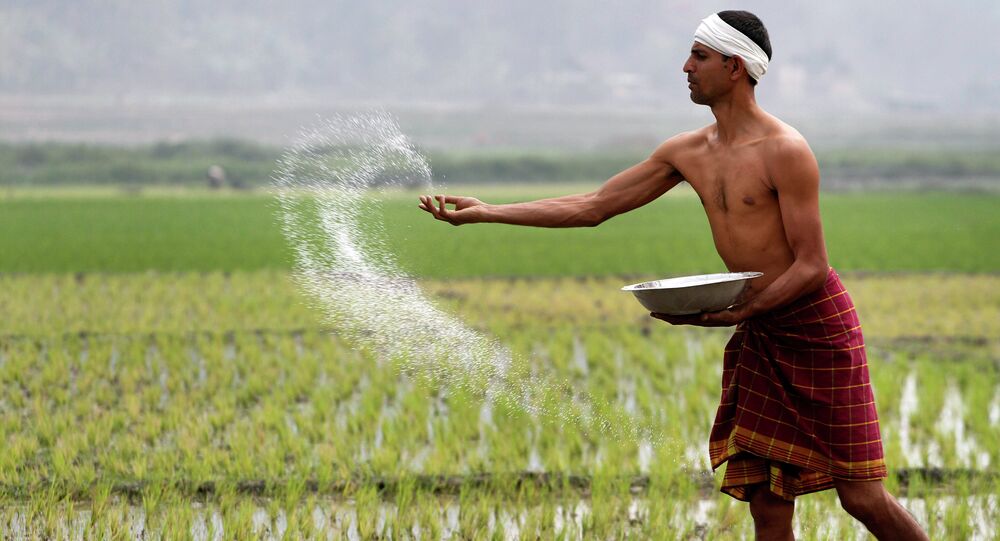 The hurried passage of two farming Bills in the Indian Parliament seems to have rubbed the Shiromani Akali Dal (SAD,) one of the prominent allies of the Narendra Modi government, the wrong way.

Days after its sole representative in the Indian cabinet, Harsimrat Kaur Badal, stepped down as Food Processing Minister, SAD is now mulling a departure from the BJP-led ruling alliance National Democratic Alliance (NDA), party sources revealed to Sputnik on Monday.

I have resigned from Union Cabinet in protest against anti-farmer ordinances and legislation. Proud to stand with farmers as their daughter & sister.

As a key political party from India's agrarian state of Punjab, the Shiromani Akali Dal (SAD) has been a major ally of the BJP for over 23 years.

When the two new bills were proposed by the government last week in the Lok Sabha, the lower house of the Parliament, SAD leader Harsimrat Kaur Badal resigned as Cabinet minister to register her party’s objection.

"The party (SAD) is considering snapping its alliance with the BJP. A discussion is going on over the matter internally. A decision may be taken soon," a key source in SAD told Sputnik on Monday, while requesting anonymity.

The source added the objections to the bills raised by Harsimrat, as a minister, and also by her party, appeared to have fallen on deaf ears. "And the government rushed through the bill in the parliament. For SAD, the interest of the farmers is supreme. At a time when its contentions against the bill are not heard, continuing with the central alliance does not make any sense."

Another SAD source told Sputnik that given its objections to the bills, the party has withdrawn from the central government and will now focus on the upcoming state elections in Punjab, where the opposition congress will also try to capitalise on the issue.

The Indian state of Punjab is set to witness State Legislature polls in early 2022.

Meanwhile, both bills were passed in the parliament’s upper house, Rajya Sabha, with a voice vote amid a ruckus due to stiff opposition to the bill late on Sunday.

A number of political parties demanded scrutiny of the bills by a parliamentary committee.

The Bills: Provisions and Protest

The two farm bills and the amendment to the Essential Commodity Act aim to reform agriculture marketing practices in the country, which have hitherto occurred through Agriculture Produce Marketing Committees (APMC).

The Farmers Produce Trade and Commerce Bill 2020, allows farmers to sell their produce at places apart from their designated APMC market.

The Farmers Agreement on Price Assurance and Farm Services Bill aims at allowing contract farming to the farmers by virtue of which they can enter into supply agreements with private firms for remunerative and pre-decided prices.

An amendment to the Essential Commodities Act is aimed at removing stock limits on farm produce so that traders maintain stock freely without fear of hoarding charges.

The view against the bills is rooted in the opposition contention that the Modi government, by linking agriculture produce pricing to market forces, is shying away from its role as a price guarantor.

The opposition sees these agri-reform bills as a shift from the traditional state procurement process.

Meanwhile, the ruling BJP and Prime Minister Modi have assured the farmers' fraternity that the government is not against the MSP system and promised to continue its existence.

Political parties opposing the bill, however, want the assurance to be mentioned in the bill.