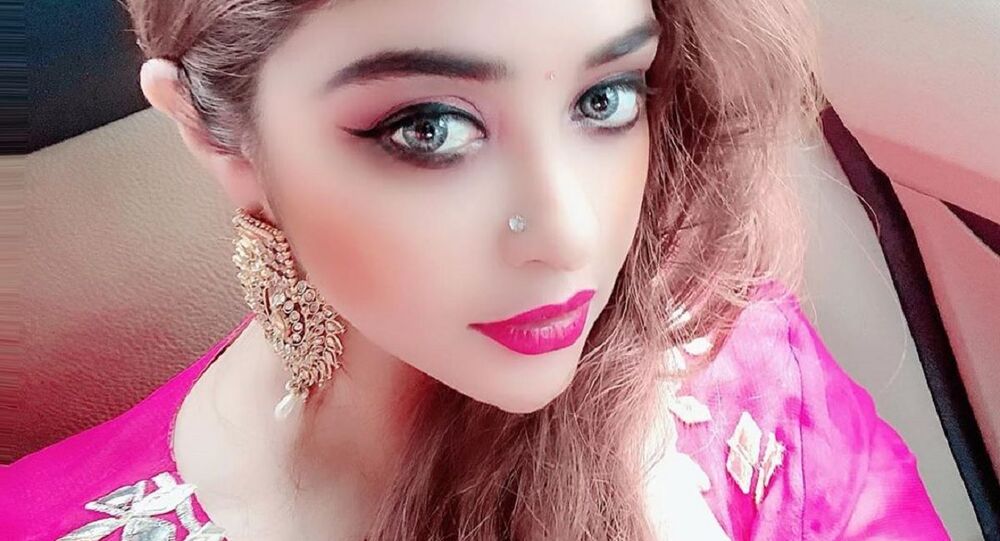 When the #MeToo movement had gained momentum in Bollywood in 2018, it brought many celebs under the spotlight, including actor Nana Patekar, filmmakers Vikas Bahl and Sajid Khan, singer Anu Malik and many others. With Anurag being accused of sexual assault, the issue is getting new attention.

A new storm of controversy has triggered a second wave of the #MeToo movement, and appears to have gripped Bollywood days after actress Payal Ghosh accused Filmmaker Anurag Kashyap of sexual assault six years ago and also dragged names of some other celebrities into the controversy.

Model-turned-actress Payal Ghosh is known to have worked in many South Indian films including the Telugu-language movie 'Pranayam' (2009) and 'Mr. Rascal' (2011). She has also acted in South Indian film 'Oosaravelli' (2011) starring NTR Junior.

On 19 September, Payal took to Twitter, tagging Prime Minister Narendra Modi, and appealed to him to take action against the director who had forced himself upon her when she was seeking a film job in 2014.

@anuragkashyap72 has forced himself on me and extremely badly. @PMOIndia @narendramodi ji, kindly take action and let the country see the demon behind this creative guy. I am aware that it can harm me and my security is at risk. Pls help! https://t.co/1q6BYsZpyx

​On Sunday, while giving an interview to various media channels, Payal took the name of Bollywood actress Richa Chadha, Huma Qureshi, and Mahie Gill about whom Anurag had allegedly said they have been “just a call away”.

Recalling the incident, Payal also shared, “When I went to meet him for the second time, he took me to another room full of cassettes. He started talking obscenely. He said that Richa Chadha, Huma Qureshi and Mahie Gill are ready to come to me at just one call. I said that I’m not comfortable and escaped from the place. I didn't meet him ever after that incident."

Actor Payal Ghosh speaks exclusively to India Today, explains why it took her so long to come out and speak about this incident now. #ITVideo pic.twitter.com/h9HDmYj6e2

​​Shocked by her name being dragged in the controversy, actress Richa Chadha has hit back with an official statement via her attorney “for dragging her name in a defamatory manner”.

Richa, who worked with Anurag in his film “Gangs of Wasseypur”, in her statement issued on Monday, said: “No woman should misuse their liberties to harass other women with unsubstantiated or non-existent, false and baseless allegations. Our Client has initiated appropriate legal action and shall further pursue her legal rights and remedies in law as may be advised in her best interest.”

​Rejecting all allegations as ‘baseless’, Anurag in a statement on Sunday said the accusations are “completely false, malicious and dishonest”.

“It is sad that a social movement as important as the #metoo movement has been co-opted by vested interests and reduced to a mere tool for character assassination,” his statement added.

And here is the statement from my lawyer @PriyankaKhimani .. on my behalf .. thank You pic.twitter.com/0eXwNnK5ZI

​Breaking her silence after six years, Payal said that she was triggered after watching Anurag’s recent interview online and decided to expose the mask he was donning in the public. “I tried to open up about it several times, but my family and close friends asked me to be silent as it might ruin my career. I was silenced."

Payal has, meanwhile, found support in Rekha Sharma, the chairperson of the National Commission for Women, who has taken cognisance of the allegations, and has asked Payal to file a detailed complaint, following which a police complaint can be made.

Our Chairperson @sharmarekha's statement on the shocking allegations of sexual harassment made by @iampayalghosh against @anuragkashyap72. @NCWIndia will take up the matter with police. The survivor has also been asked to send a detailed complaint to the Commission. pic.twitter.com/NpKJSXqqGR

The #MeToo allegation against filmmaker Anurag has triggered a strong response from celebs.

While many celebs have extended their support to Anurag Kashyap, actress Kangana Ranaut has taken the side of Payal, leaving the industry and twitterati divided.

Actress Taapsee Pannu faced a backlash and called out “hypocrite” after she posted a picture of her with Anurag and referred to him as the "biggest feminist".

For you, my friend , are the biggest feminist I know. See you on the sets soon of yet another piece of art that shows how powerful and significant women are in the world you create :) 🤗

Anurag’s first wife Aarti Bajaj, too, came out in his support and called it “cheapest stunt”.

First wife here✋🏻.. You are a rockstar @anuragkashyap10. Keep empowering women as you do and the safest place you create for all of them. I see it first hand with our daughter. There is no integrity left and the world is full of losers and no brains baying for blood of anyone who has a voice. If everybody spends the energy which they use in hating others constructively this world will be a better place. Cheapest stunt I have seen till now. First it made me angry then I laughed so hard as it cannot come more framed then this . I am sorry that you have to go through this .That’s the level of them. You stay HIGH and keep using your voice. We love you.

His second wife Kalki Koechin defended him and said, “You’ve always seen me as your equal, you have stood up for my integrity even after our divorce, and you have supported me when I felt unsafe in a work environment even before we got together.”

​Kangana slammed Anurag and his supporters by saying that “What Anurag did to Payal is a common practice in 'Bullywood,' treating struggling outsider girls like sex workers comes naturally to them.”

In a series of tweets, she said that “'Bullywood' is full of sexual predators.”

What #PayalGhosh says many big heroes have done this to me also, suddenly flash their genitals after locking van or room door or in a party during a friendly dance on the dance floor stick his tongue in your mouth, take appointment for work and come home but force himslef on you.

​Calling #MeToo “a big failure” in Bollywood, she added, “Most rapists and harassers were liberals only so they killed the movement, for sure Payal Ghosh will be humiliated and silenced like all other victims but my heart goes out to her. We deserve a better society.”

#MeToo has been a big failure in Bullywood, because most rapists and harassers were liberals only so they killed the movement, for sure #PayalGhosh will be humiliated and silenced like all other victims but my heart goes out to her. We deserve a better society #AnuragKashyap https://t.co/qUNyeDtb7r

​I far as I know Anurag self admittedly has never been monogamous even when he was married to various people, what Anurag did to Payal is a common practice in Bullywood, treating struggling outsider girls like sex workers comes naturally to them #AnuragKashyap #PayalGhosh https://t.co/d07hF40FIe