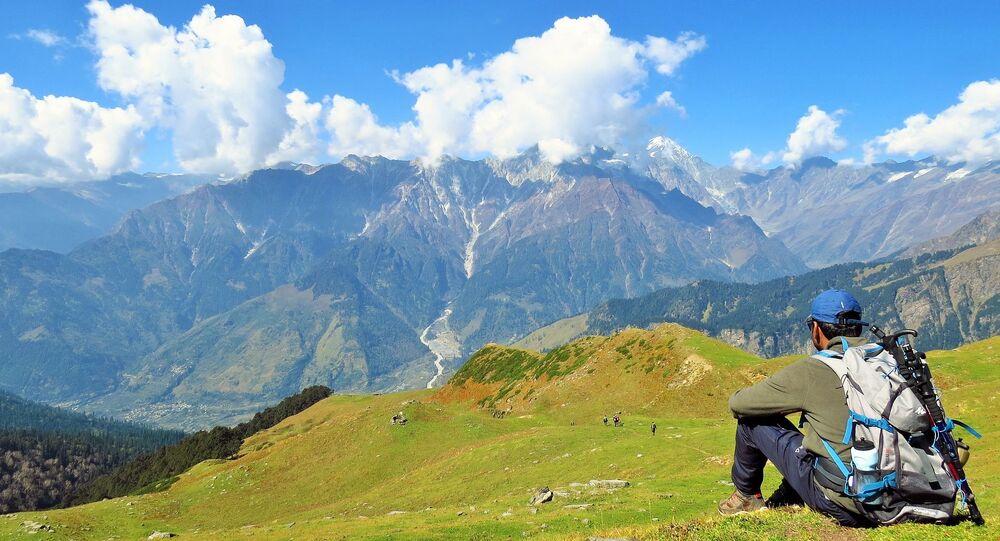 Yes, the world is plagued by a pandemic, but the itch to break free and travel away from the anxieties and atypical living conditions is greater than ever, as it is that time of the year when unexplored forest trails and snowcapped peaks, glistening sunsets and swishing waterfall begin to call.

Last on the list of essential activity, the pandemic has changed how travel is perceived and brought us into the era of travel shaming. Those struck by wanderlust and taking up travel amid the pandemic are receiving backlash for putting others at risk.

To give a major swing to the $250 billion tourism industry, the government lifted restrictions on inter-state travel across the country as the pandemic continues to haunt Indians.

Most people have started opting for staycations, as at tourist sites they have been met by locals giving them cold looks and asking them to leave.

Popular Indian travel vlogger Radhika Nomllers, who stopped travelling at the onset of the pandemic after travelling fulltime for two years, faced a hard time crossing the border of Himachal Pradesh and was quarantined for 14 days despite having the mandatory documents.

“I felt quite unwelcomed when I was crossing the Himachal border and officials there were guilt-tripping people who were coming to the state by asking people why was it so important to travel during the pandemic,” Radhika told Sputnik.

Radhika was told she isn’t supposed to travel when she called a local official in Himachal asking for help. The YouTuber was asked to return to Delhi for having a 48-hours-old COVID test.

After hours of reasoning, Radhika was allowed entry but on the condition of getting herself quarantined for 14-days.

“I hope and feel things have changed now. It’s important to travel responsibly during these times to avoid risking your and others' lives,” she notes.

MAJOR ANNOUNCEMENT - I have shifted to the mountains :) . Well, currently the most responsible way to travel is - . 1. Either to opt for long stays 2. In a caravan I chose the first one and have shifted my base ^_^ . I did talk a little about my experience of entering Himachal (you can check the story highlights) and shall be talking about it in detail on YouTube soon. In case of any questions, ask away and I shall answer them in that video. . 📍@midorchardcottage

Riddled with doubts about taking a leisure trip amid a pandemic, Mithila Singh, 28, a digital marketing manager, said it took a lot of courage and thinking to plan a trip to Shimla, one of India’s most touristy places.

However, when she finally thought she could unwind and get a well-deserved break upon reaching her destination, she was shunned by locals for coming to their town and was asked to leave.

“I trekked down to Barog railway station which is a UNESCO World Heritage site in the hope to spend some relaxing time there with my friends. Soon the people hounded us and asked us to return saying it is not a travel spot,” said Singh recounting her experience.

It was a frustrating experience for Mithila, who said it felt as though they were zombies that would infect them.

The Barog Tunnel (also known as Tunnel No. 33) with a length of 1143.61 m is the longest tunnel in the Kalka - Shimla Railway. Named after Colonel Barog who commenced the construction of the tunnel but committed suicide after being fined for 1 Rupee by British govt for an error in calculations.... . It was an awesome view to witness the very first train arriving at the empty station. Barog station is just next to the Barog tunnel. . #traveltales #travel #chukchuk #train #barog #worldheritage #narrowgauge #shimlakalka #barogtunnel #wanderlust #himachal #hills #solan #himanchal #monsoon #offbeat #shimlakalkarailway #picoftheday #photographersoﬁndia #journey #instapic #instagood #instagram #travelblogger #traveldiary #roadtrip #becauseyousaidso #onlyforyou #dontfeellike

The Industry Needs You More Than Ever

While locals are anxious about outsiders coming to their town, business owners and others employed in the industry are welcoming the guests with open arms.

Priyam Sethi, owner of the Landour homestays in Uttrakhand, says they have not received a single guest in seven months and their inventory, as well as property, is getting spoiled due to halted activities.

"Apart from revenue losses, I am worried about getting the property back on its heels. Our employees used to come from states like Uttar Pradesh and Bihar. With everyone gone back to their hometowns, the operational cost will go up," explains Sethi.

The Indian tourism industry, which generated $28.6 billion in revenue in 2018, has been hit hard, with hotels and international travel shut for over seven months now.

The 42.7 million employed in the industry are left in a lurch and surviving on savings from the past many months due to salary cuts and job losses and with no considerable effort from the government to boost the ailing industry.

© CC0
Local Holiday Plan: The Last Hope for India's $250 Billion Tourism Industry?
The experience was all rosy for Nitin Verma, who works for a corporation in Delhi while pursuing his passion for travelling. He has been staying in the small hilly town Mukteshwar in Uttrakhand for the past ten days and spending his time working from the picturesque lush green mountains, a spectacular treat for sore eyes.

Himachal Pradesh Chief Minister Jai Ram Thakur on 17 September acknowledged the losses the tourism sector has suffered and estimated a loss of INR 40 Billion ($540 million) up till now due to the pandemic.

The central government on 16 September issued new travel guidelines and eliminated the twisted travel procedure that required a mandatory E-pass to enter the border, along with Covid reports and hotel bookings.