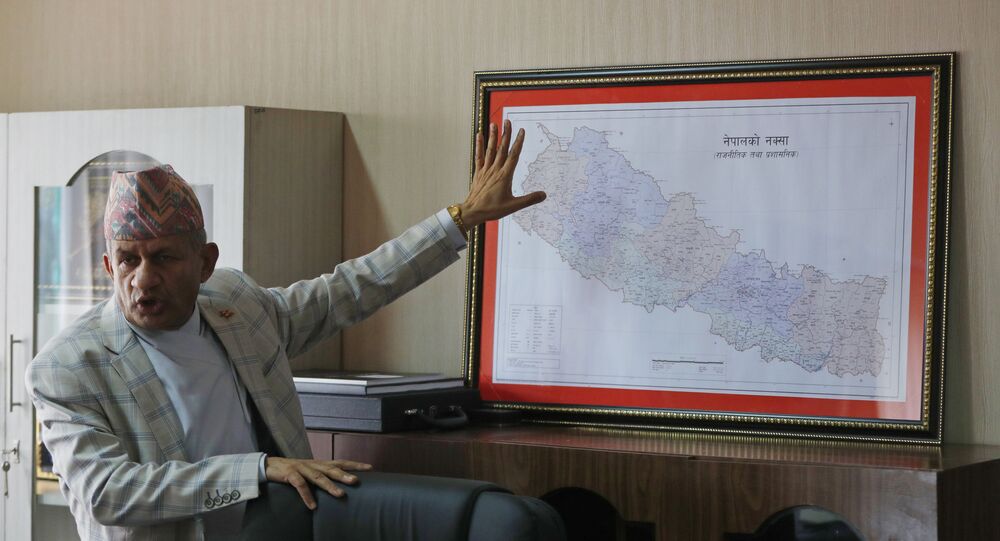 Nothing ‘Unnatural’ About Using Our Map on New Coins, Says Nepalese Official

The new map of Nepal, approved in May this year, has been a source of friction with its southern neighbour India for representing several regions as lying on the Nepalese side of the border. New Delhi has called the new map a ‘cartographic assertion’ by Kathmandu.

A Nepali government official on Friday defended his government’s decision to reportedly inscribe the new map of the Himalayan nation on the upcoming one and two rupee coins. “There is nothing unnatural about a country wanting to project its map. Even India does it,” the official told Sputnik.

The comments follow news reports in Indian media claiming that Prime Minister KP Oli had given his approval for Nepal’s central bank to inscribe the revised map on the newly minted one and two rupee coins. The Times of India reported on Friday that the decision had been taken at a Cabinet meeting headed by PM Oli on Tuesday.

The Nepalese official also opined that there was ‘nothing controversial’ either about a new book which lists out Nepal’s territorial disputes with India. “We have been demanding foreign secretary-level consultations since November. Why has India been sitting on our request if they are serious about resolving the dispute through diplomatic means?” asked the official.

Since the controversy over Nepal's new map erupted in May, Prime Minister Narendra Modi and his Nepalese counterpart PM Oli have spoken on the telephone once on August 15. Bilateral consultations between India’s envoy to Kathmandu Vinay Mohan Kwatra and Nepal's Foreign Secretary Shanker Das Bairagi on August 17 also proved to be unsuccessful in resolving the territorial dispute.

The book in question is meant for school students and carries a preface by Nepal’s Education Minister Giriraj Mani Pokharel. The book claims that out of the 27 districts bordering India, Nepal has territorial disputes at 24 places, as per a report in the Kathmandu Post.

The two decisions come at a time when the neighbouring countries are trying to sort out their territorial dispute, which surfaced after Nepal’s Parliament passed the country’s new map showing the Kalapani territory on the Nepalese side. “The Government of Nepal has consistently maintained that as per the Sugauli Treaty (1816), all the territories east of Kali (Mahakali) River, including Limpiyadhura, Kalapani and Lipulekh, belong to Nepal,” Nepal’s Foreign Ministry said in a statement in May.

Kathmandu published its revised map shortly after Indian Defence Minister Rajnath Singh inaugurated a new road to the Hindu pilgrim site of Kailash Mansarovar in China’s Tibet Autonomous Region. The road passes through the disputed Lipulekh territory located near the tri-junction of India, Nepal and China. Nepal’s Foreign Ministry had also protested the revised map of India, published in November last year in the wake of bifurcation of the former state of Jammu and Kashmir into two union territories. India's map shows the disputed territories of Limpiyadhura, Kalapani and Lipulekh as part of India’s Uttarakhand state.

India’s Ministry of External Affairs has billed the new map of Nepal as a ‘cartographic assertion’ which isn’t based on historical facts. “This artificial enlargement of claims is not based on historical fact or evidence and is not tenable. It is also violative of our current understanding to hold talks on outstanding boundary issues," MEA’s official spokesperson Anurag Srivastava had said after the new map was passed in the Parliament in May this year.