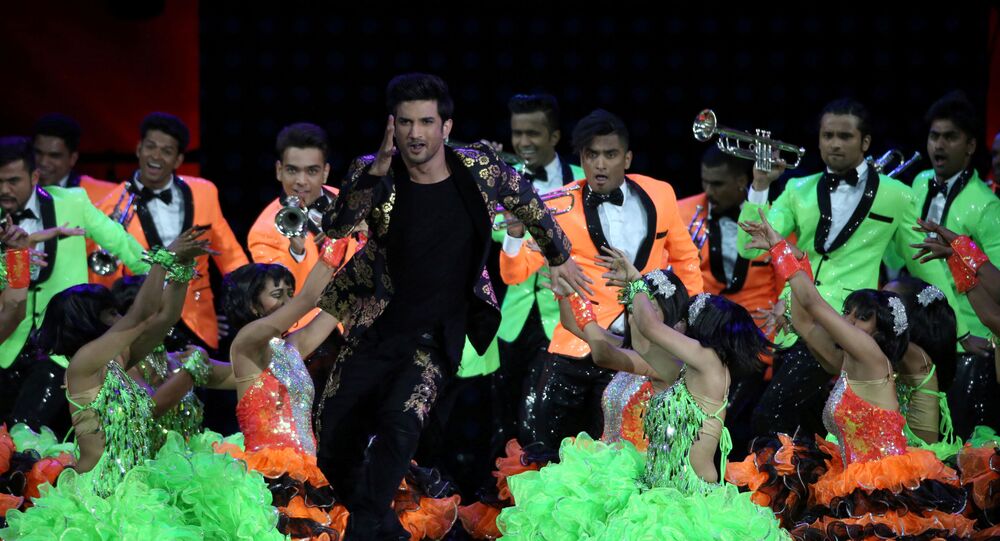 The death of Bollywood actor Sushant Singh Rajput has been judged suspicious, prompting one of India’s biggest investigations. The 34-year-old star was found hanged in his Mumbai flat on 14 June and his death is now being investigated by three major agencies, including those involved in money laundering and narcotics.

In a tribute to late star Sushant Singh Rajput who won millions of hearts in such blockbusters as “Kai Po Che!”, “M.S. Dhoni”, “Chhichhore”, ndian sculptor Susanta Ray has created his wax statue.

The statue, which is being housed in Susanta’s museum in Asansol, West Bengal State, is remarkably true to life, showing a beaming Sushant wearing a white shirt, black trousers and denim jacket.

“I liked him (Sushant Singh Rajput) a lot. It is unfortunate that he died. In his memory, I have made this statue for my museum," Susanta told ANI news agency.

West Bengal: Sukanto Roy, a sculptor from Asansol has created a wax statue of late actor Sushant Singh Rajput. He says, "I liked him a lot, it is sad that he passed away. I have made this statue for my museum. However, if his family requests for his statue I'll make a new one." pic.twitter.com/H9DxEDwcbN

A video of the unveiling of the sculpture on social media, that took place on Thursday, has gone viral.

The sculptor also said that "If Sushant's family requests for his statue, I will make a new one."

Susanta has been a sculptor for more than a decade and his works include statues of many of the great and good, including Amitabh Bachchan, Virat Kohli, Mother Teresa, and many others.

In August, a London fan of Sushant, Sophie Rehman Timurid, started a petition on Change.org for his wax statue to be installed at London’s iconic wax museum.

The petition, which has received more than 206,700 signatures, reads, “Sushant Singh Rajput's tragic death shouldn't be the only way we remember him. He did some amazing movies… [and] was even signed by NITI Aayog to promote its Women Entrepreneurship Platform (WEP). Sign my petition asking for his wax model to be added to the Bollywood fraternity at Madame Tussauds.” The petition needs to reach 300,000 signatures to be considered.

Just few more signatures needed. Sophie Rehman invites you on behalf of All Sushant Singh Rajput fans in the world to sign this petition to add his wax statue at Madame Tussauds London. - Sign the Petition! https://t.co/v6ejQIqBo4 via @Change

Meanwhile, as India’s three top crime agencies - Central Bureau of Investigation, Narcotics Control Bureau, and the Enforcement Directorate - continue to investigate various aspects of his death, his former girlfriend Rhea Chakraborty, her brother Showik Chakraborty and many others have been arrested for allegedly arranging and financing Sushant’s drug use.